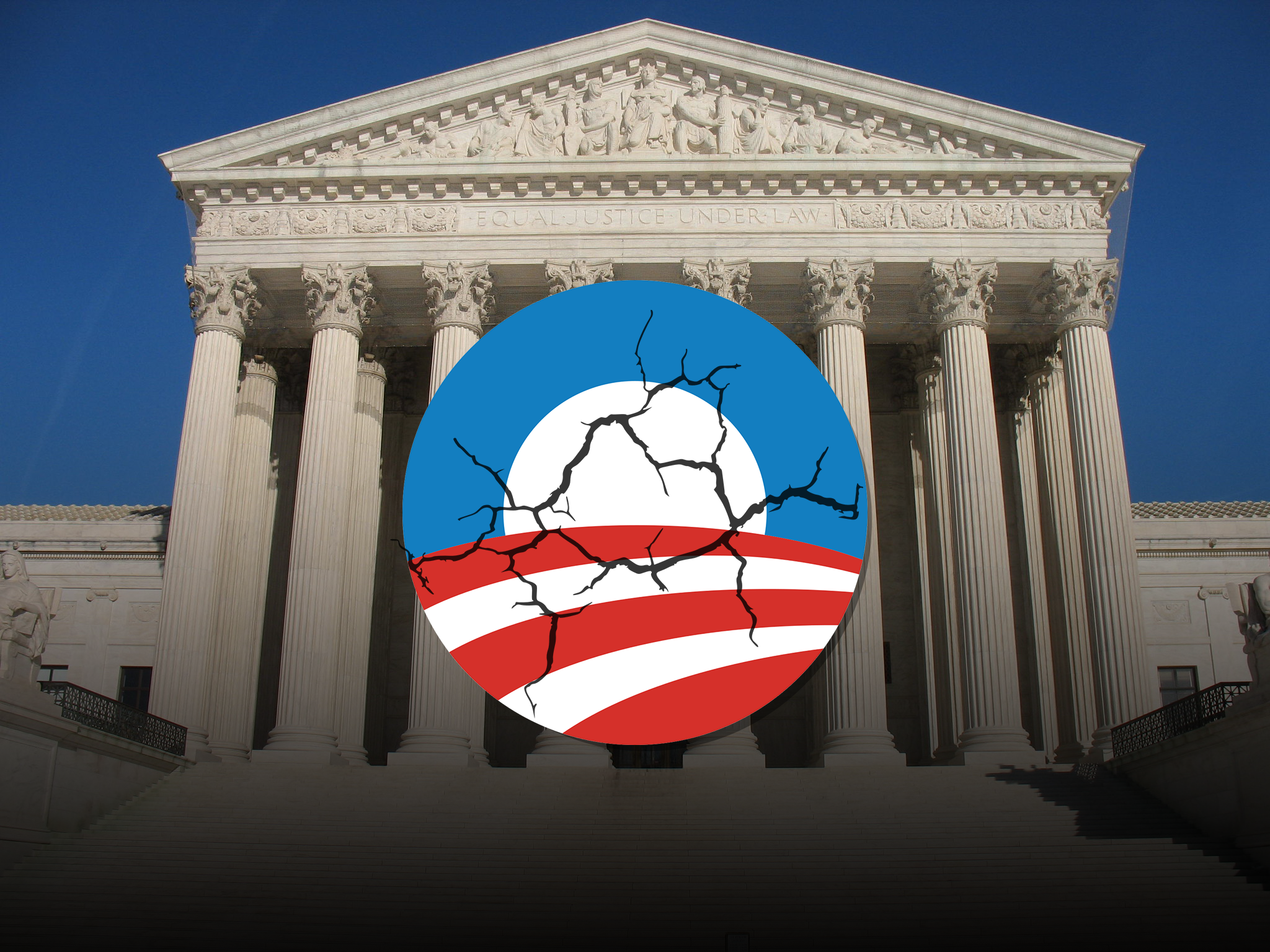 The Supreme Court is scheduled to hear oral arguments in two cases, Texas v. California and California v. Texas, on November 10, which could have a major impact on the future of the ACA if the states challenging the constitutionality of the individual mandate without a monetary penalty can show that they have standing to sue.

Before diving into the two cases that the Court will hear on November 10, a little background is needed. Back in 2012, in National Federation of Independent Business v. Sebelius, the Supreme Court, in an opinion authored by Chief Justice John Roberts, upheld the ACA’s penalty for failing to purchase health insurance (26 U.S.C. 5000A) as a proper use of the taxing power provided to Congress under Article I, Section 8 of the Constitution.

President Obama said that the penalty associated with noncompliance with the mandate is not a tax. His administration, however, argued before the Court that the penalty is a tax. The administration also argued that the individual mandate—known in statute as the “individual shared responsibility payment”—should be accepted as a valid use of the Commerce Clause, which Roberts rejected. Even when Obama ran for reelection in 2012, after NFIB v. Sebelius had been decided, his campaign claimed the penalty wasn’t a tax.

But Roberts had to perform some mental gymnastics to get to the conclusion that the penalty for not purchasing health insurance is a tax. Roberts wrote that the penalty “looks like a tax in many respects” because it raises money that is paid to the Department of the Treasury.

In his dissenting opinion, Justice Antonin Scalia wrote, “[W]e have never held—never—that a penalty imposed for violation of the law was so trivial as to be in effect a tax. We have never held that any exaction imposed for violation of the law is an exercise of Congress’ taxing power—even when the statute calls it a tax, much less when (as here) the statute repeatedly calls it a penalty.”

As Sen. Mike Lee (R-Utah) has said, in order for Roberts to come to the conclusion that he did, he had to rewrite the ACA to make it say what he wanted it to say. Indeed, Roberts even admitted this, writing, “[W]e have a duty to construe a statute to save it, if fairly possible, that §5000A can be interpreted as a tax.”

Barrett similarly criticized Roberts’ opinion in NFIB v. Sebelius in a June 2016 essay, Countering the Majoritarian Difficulty. “Chief Justice Roberts pushed the Affordable Care Act beyond its plausible meaning to save the statute,” Barrett wrote. “He construed the penalty imposed on those without health insurance as a tax, which permitted him to sustain the statute as a valid exercise of the taxing power; had he treated the payment as the statute did—as a penalty—he would have had to invalidate the statute as lying beyond Congress’s commerce power.”

Barrett’s opinion was purely based on a legal view of the ACA, the taxing power of Congress, court precedent, and the Constitution. This is the right way to look at any issue that may come before the Court. The counter view, in which Democrats believe, upholds laws they champion regardless of whether those laws are consistent with the Constitution.

That brings us to the cases that the Supreme Court will hear on November 10.

In February 2018, Texas, as well as several other states, filed a lawsuit in which they argued that the ACA’s individual mandate was unconstitutional because Congress had reduced the penalty for the failure to purchase coverage to zero. They further argue that because the ACA doesn’t include a severability clause, the individual mandate isn’t severable from two other provisions of the 2010 health insurance law, community rating and guaranteed issue. The State of California and other states intervened to defend the ACA.

In November 2018, Judge Reed O’Connor of the U.S. District Court for the Northern District of Texas not only determined that the individual mandate was unconstitutional, but he also invalidated the entire ACA because Congress failed to include a severability clause, which is often included in legislation to convince courts that a law shouldn’t be struck down in its entirety if one part is invalidated.

Congress explicitly said that the individual mandate was key to the ACA. Congress’s findings in Section 10106 of the ACA (42 U.S.C. 18091), state, “The [individual mandate] is essential to creating effective health insurance markets in which improved health insurance products that are guaranteed issue and do not exclude coverage of pre-existing conditions can be sold.”

In January 2020, the Fifth Circuit struck down the individual mandate as unconstitutional but remanded the question of severability back to the district court. The House of Representatives joined California and other states to defend the ACA while the case was pending appeal at the Fifth Circuit.

The standing issue is probably the most crucial question that the Court will consider. California is arguing that Texas and other states bringing the challenge lack standing to bring the challenge because the individual mandate penalty has been zeroed out. In its petition to the Court, California argued, “ The individual plaintiffs lack ‘standing to challenge a law that does nothing,’ and the state plaintiffs have failed to substantiate their alleged fiscal injuries.”

The issues in Texas v. California are unique. As Roberts wrote in NFIB v. Sibelius, “The Federal Government does not have the power to order people to buy health insurance. Section 5000A would therefore be unconstitutional if read as a command. The Federal Government does have the power to impose a tax on those without health insurance. Section 5000A is therefore constitutional, because it can reasonably be read as a tax.”

The first two sentences are key. The legal requirement still exists even if the penalty has been reduced to zero. The mandate, by Roberts’ logic, would be unconstitutional without the penalty. This is what the district court and circuit court concluded.

The issue of severability is trickier. It’s very hard to see the Court striking down the entire ACA like the district court did in December 2018 because the individual mandate and the penalty really affect only two major provisions of the ACA, guaranteed issue and community rating (Section 1201 of the ACA, 42 U.S.C. 300gg–3 and 42 U.S.C 300gg–4). Guaranteed issue is the requirement that insurance companies cover individuals with preexisting conditions while community rating dictates that insurance companies may not take certain factors, such as health status, medical condition, and “[a]ny other health status-related factor determined appropriate by the Secretary” of the Department of Health and Human Services.

Again, we’ll point back to Section 10106 of the ACA, which made it clear that the individual mandate and related penalty for failing to have health insurance “is essential to creating effective health insurance markets in which improved health insurance products that are guaranteed issue and do not exclude coverage of pre-existing conditions can be sold.”

If the penalty doesn’t exist, and the Court has already stated that the mandate is unconstitutional without the penalty, can the Court keep guaranteed issue and community rating in place? Keep in mind, again, that the ACA doesn’t include a severability clause. Whether that was intentional or not, it seems as Congress clearly knew what it was doing considering the findings in Section 10106.

Although Congress made explicitly clear that the mandate is a key of the ACA and didn’t include a severability clause, that doesn’t mean there is or will be a majority on the Court who agrees. Like in NFIB v. Sebelius, politics may come into play. Politics shouldn’t come into play at all; the case should be based on constitutional principles. But those of us who oppose the ACA have been burned by the Court before.