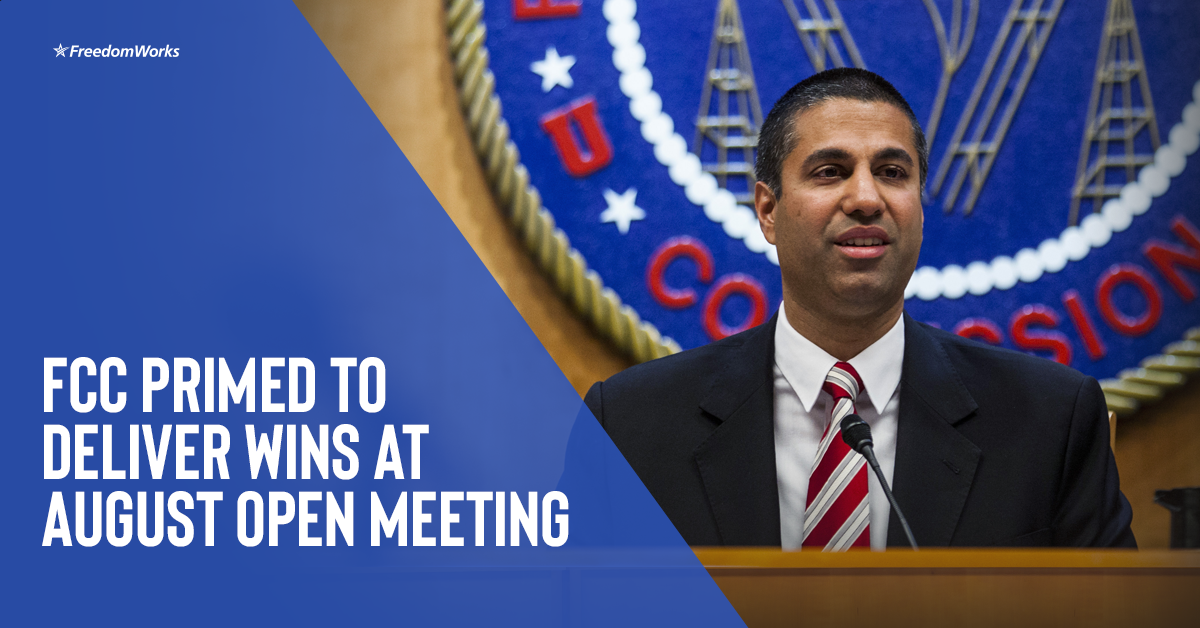 The former is an agenda item that would reduce the rate caps on interstate prison calls from 25 cents to 16 cents per minute. This proposal by Chairman Pai should have bipartisan appeal, given the support his counterparts on the left have shown for both prison and criminal justice reform. Instead, they have tried to downplay this reform and even used it to smear Pai on the issue, putting critical progress at risk.

Pai’s critics on the matter claim hypocrisy by pointing out that Pai previously opposed caps on intrastate calls from prisons. Note that there is a distinction between interstate and intrastate. The FCC did historically attempt to regulate both, however the courts struck down intrastate caps as unconstitutional. In light of this, Chairman Pai asked state-level officials to reduce their own caps, something he was under no obligation to do.

As a federal regulator and a proponent of constitutionally limited government, Chairman Pai well knows that Article I of the Constitution only gives the government the power to regulate interstate commerce. Intrastate commerce is left to the states by the Tenth Amendment. Yet, the FCC has requested state governments to do their part to complement their efforts at the federal level. Most would see this as going above and beyond. The folks at ArsTechnica see it as “not doing enough.”

The FCC’s other agenda item tomorrow also provides no shortage of heated debate. The Commission is moving forward to make 280 MHz of C-band spectrum available for 5G use. The objections from the Democratic commissioners come not to the auction itself, but because of the insistence on the part of Republican commissioners that incumbent owners of said spectrum be compensated fairly.

Foreign-owned satellite companies currently operate in the C-band. This band has been described as perhaps the most important for the development of 5G technology. Chairman Pai and the Republican commissioners want to ensure they are compensated fairly and have incentive to vacate the band as quickly as possible for domestic wireless operators. This isn’t, as some have unfairly described it, a “giveaway,” but a necessary investment to quicken the pace of 5G rollout.

The FCC has been committed to increasing broadband investment and limiting the scope of their power over everyday Americans. Over the last four years, they have been largely successful in these endeavors. Sadly, that has not stopped a slew of opponents from twisting the narrative to stymie what should be bipartisan achievements.

The FCC’s open meeting tomorrow will be a great day for each of these causes. One can only hope that facts and logic will win the day instead of the lazy smear attempts that would try and maintain the broken status quo.