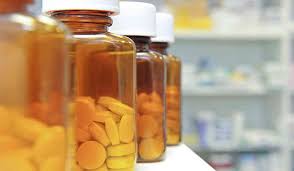 Diego Morris represents one of many people each year who are diagnosed with terminal illness. Diego was ten years old when he was diagnosed with a rare form of bone cancer called Osteosarcoma, which spread to his left leg.

Diego’s family was willing to do whatever it took to cure their son. Shortly after his diagnosis he was prescribed Mifamurtide (MTP-PE or MEPCAT), which is currently not FDA approved in the United States, but is in England.

This bill would allow states that have already passed right to try legislation to override federal law prohibiting those with deadly diseases to access potentially live saving medicine. By eliminating a poorly functioning federal barrier from the process, this bill would create more accessible options for Diego and others searching for a cure.

After Diego was not allowed access to treatment in America, his family moved to England, where Diego was able to start chemotherapy. His cancer is in remission after taking treatments with his new medication.

In cases where no other alternative exist, it is morally wrong to not allow patients to try treatments that could potentially save their life. This bill has bipartisan support in both the House and Senate and 37 states have already passed right to try legislation. This bill would allow patients to access treatment that has already cleared the first phase of the FDA’s approval process, and will not eliminate any of the safety precautions already implemented by the FDA.

Healthcare is an extremely personal issue and this bill would require a medical doctor’s approval that this is a last resort option for the patient. The bill would also not allow the medicine in question to be marketed or sold to the public until all stages of the FDA approval process have been met.

The bill has been referred to the Subcommittee on Crime, Terrorism, Homeland Security, and Investigations. There are advocates in the states, congress, and Vice President Pence signed right to try into law while he was governor of Indiana. Nationally there is a movement in support of healthcare freedom and this is a step that congress must take to guarantee those freedoms to all Americans.

By eliminating a poorly functioning federal barrier from the process, this bill would create more accessible options for Diego and others searching for a cure.
http://clickerheroes.co