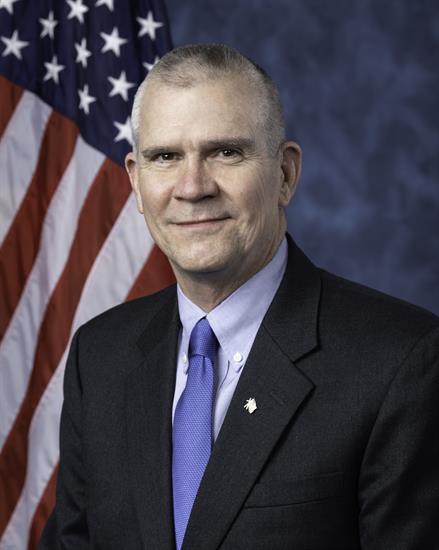 The son and brother of United States Marines, Rep. Rosendale embraces service to our country and is a dynamic freshman member of the House of Representatives. For the past decade, Rep. Rosendale has served the people of Montana and worked to reduce the size and burden of government.

Originally elected to the Montana state legislature in 2010, he quickly became the State Senate Majority Leader and eventually served as State Auditor General. During his time in state government, he worked relentlessly to cut the size of government and promote economic prosperity. In 2020, he successfully ran for Montana’s at-large congressional district and brought his conservative principles to Washington.

Rep. Rosendale is already working diligently to represent the needs of his state and promote freedom and prosperity. He sits on two committees: Veterans Affairs and Natural Resources. Notably, he is also the Ranking Member on the Subcommittee on Technology Modernization. Rep. Rosendale is also an active member of several caucuses that support solid conservative principles. These include the Republican Study Committee, Border Security Caucus, and of course, the Freedom Caucus.

Rep. Rosendale is on the front lines of the fight to put Americans in control of their healthcare. Since arriving in Washington, he has introduced legislation that promotes flexibility in covering healthcare expenses and fights back against oppressive vaccine mandates.

In April, Rep.Rosendale introduced the No Taxpayer Funding for Vaccine Passports Act. This bill would prevent any federal dollars from being used to implement, enforce, or assist in establishing a COVID-19 vaccine passport program. As politicians are again panicking and reimplementing mask mandates, this bill remains an important statement in favor of individual liberty and healthcare freedom.

"My bill would empower individuals to make their own healthcare choices, and ensure that Americans are not bullied by bureaucrats in Washington, state capitals, or city halls -- like we are unfortunately beginning to see across our country." - Rep. Rosendale.

Rep. Matt Rosendale is the prime sponsor of the Health Freedom & Flexibility Act. This bill promotes Health Savings Accounts (HSA). With an HSA, Americans can put aside pre-tax dollars and utilize them to cover healthcare expenses. Expanding HSA’s is a common-sense reform that will empower patients and lower the cost of healthcare expenses.

Vaccine passports are no longer just an abstract policy idea; New York City now requires proof of vaccination whenever someone enters a restaurant or gym. This move is troubling and emphasizes the importance of the No Taxpayer Funding for Vaccine Passports Act.

The image of everyday Americans having to show their papers to leave their homes is deeply wrong and dystopian. “Proposed vaccine passport systems are a gross violation of the rights of every American to make their own healthcare choices. These systems are essentially a mandate which force individuals to either be vaccinated against their wishes, or be denied access to the most basic functions in our society,” said Rep. Rosendale.

Rep. Rosendale is an outspoken voice in favor of personal freedom in this freshman class. His work fighting against oppressive vaccine mandates and promoting healthcare flexibility deserves recognition.

We thank Rep. Matt Rosendale for his excellent work promoting freedom and are excited to honor him as our member of the month for August 2021. We look forward to watching as he continues to fight for individual liberty and serve the constituents of Montana’s congressional district.