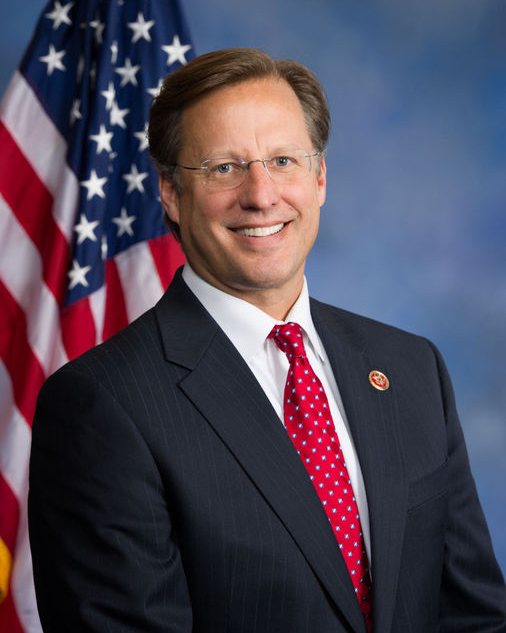 Rep. Brat’s commitment to serve the people, not the establishment, has not waned one bit since he first stepped foot in the halls of Congress when he cast his first vote against then-Rep. John Boehner’s reelection as Speaker of the House. He boasts an impressive 100 percent lifetime score with FreedomWorks, joining only one other member of the House in this achievement. Rep. Brat is the longer-serving of these two always-consistent winners of FreedomWorks’ annual FreedomFighter Award.

As a dedicated member of the House Freedom Caucus, Rep. Brat takes pro-freedom, limited-government positions time and time again, even when to do so is unpopular among establishment colleagues and those more concerned about his or her image than about his or her constituents.

For example, Rep. Brat has voted to limit government surveillance of law-abiding American citizens on American soil in the 114th Congress as well as in the 115th Congress. The reality of this issue is often muddied by big-government Republicans through fear tactics that have no basis in fact. Members like Rep. Brat dispel of these lies and seek the truth for the American people each and every day.

Furthermore, he takes important positions and votes to protect taxpayers’ wallets -- fighting back against measures that waste taxpayer dollars, put the burden of government spending on the people, and continue driving our nation toward fiscal crisis. This year, he signed a letter opposing the reinstating of earmarks, which encourages buying off representatives’ votes with special interest spending of federal tax dollars in their district instead of earning their votes by crafting good policy.

Furthermore, he opposed the Consolidated Appropriations Act, or omnibus spending bill, calling out Republicans for supporting such high levels of spending. He said in a press release, “I was left with no choice but to vote no on this spending bill based on the spending levels alone.” He also opposed the Bipartisan Budget Act that paved the way for the omnibus and rendered obsolete the Budget Control Act spending caps which were one of Republicans biggest legislative achievements of the last decade.

Not only does Rep. Brat take pro-freedom positions on key issues, but he also champions proposals that would return power to the people, where it belongs. This Congress, he introduced a balanced budget amendment to the Constitution that would have the federal government balance its budget just the same way that American families must every day.

Additionally, he introduced the Health Savings Account Expansion Act, H.R. 247, that would allow Americans to save more of their own money tax-free in health savings accounts (HSAs) to pay for more medical expenses. It would nearly triple the contribution limit for HSAs and let Americans use funds in their HSAs to pay for over-the-counter purchases, health insurance premiums, and other direct primary care expenses. FreedomWorks released a letter of support for this bill late last month.

Rep. Brat prioritizes the best interests of his constituents and of all Americans over those of Washington career politicians and big government special interest groups. He is undoubtedly one of Congress’ finest both in ideology and in character. His dedicated public service does not go unnoticed by those who elected him as well as those who support efforts to make America more free.

FreedomWorks is proud to honor Rep. Dave Brat (R-Va.) as May’s member of the month. On behalf of our more than 5 million activists across the country, we sincerely thank him for fighting for tried and true limited government principles and fighting for the American people each and every day.