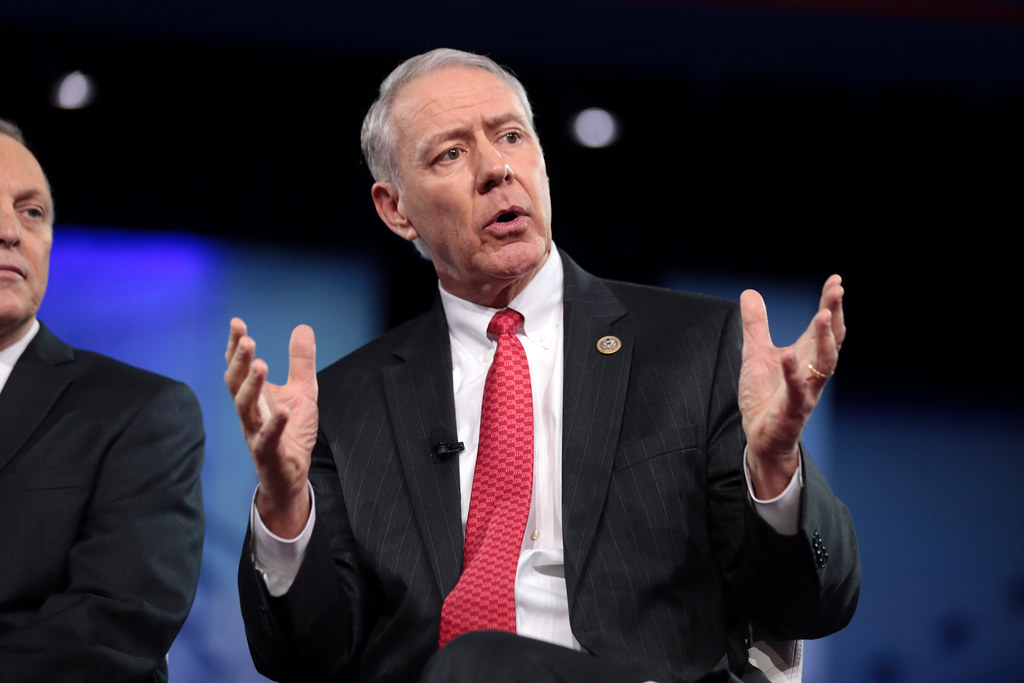 In addition to serving on the House Judiciary and Foreign Affairs Committees, Rep. Buck has been a loyal member of the House Freedom Caucus, Republican Study Committee, and Congressional Western Caucus. Outside of his duties as a representative, Rep. Buck was also elected as the Chair of the Colorado Republican Party in March 2019.

Before his time in Congress, Rep. Buck had a long and illustrious career as an attorney. After receiving his Juris Doctorate from the University of Wyoming in 1985, Rep. Buck was hired to work on the Iran-Contra investigation by then-Congressman Dick Cheney. After concluding his work with Cheney, Rep. Buck was hired by the United States Attorney’s Office for the District of Colorado where he worked his way up to becoming the Chief of the Criminal Division. In 2004, Rep. Buck was elected by the people of Weld County, Colorado as their District Attorney.

When interviewed by the Denver Post in 2010 during a run for Senate, Rep. Buck underlined his guiding philosophy. “Principles are the most important thing to me. One of the things I think my dad taught me was, there are people who accept the world they live in and there are people who change the world they live in.” Thankfully, he has since sought to change the world he lives in here in America toward the principle of limiting the size and scope of government in our lives.

Rep. Buck holds an impressive 94 percent lifetime score with FreedomWorks over his nearly five years in Congress and has earned a FreedomFighter Award each of those years. In 2016, he had a perfect 100 percent score -- A notable feat that speaks to his dedication to liberty.

Reliably a voice for free markets and limited government, Rep. Buck supports a number of pieces of legislation that would advance these goals. Whether pertaining to education, regulation/bureaucracy, labor, healthcare, cronyism, trade, taxes, or any other number of critical issues for conservatives, Rep. Buck stands proudly behind and advocates for legislation to carry out his principles for the good of his constituents.

Especially recently, Rep. Buck has been exceptional in calling out the sham that is Speaker Pelosi’s impeachment inquiry of President Trump. As he said in a radio interview with The Voice of Colorado yesterday, “There is no precedent for what Democrats are trying to do now in the House. In the past, we have had open hearings… Now, they have closed, secret hearings. They are leaking certain parts of those hearings to create false narratives, and that is unfortunate.”

Rep. Buck is right to call Democrats out on their disgraceful, partisan exercise and to identify, as he did on Twitter, that “[Yesterday]’s vote is nothing more than a Halloween trick to try to give this sham some credibility.” Ultimately, the vote on that resolution was bipartisan against rubber-stamping this sham “process” -- Further delegitimizing the efforts of the left.

It is evident that Rep. Buck is willing and able to effectively advocate for principles of liberty in the House, and we thank him for his hard work. FreedomWorks is proud to feature Rep. Ken Buck (R-Colo.) as November’s member of the month, to honor his commitment to freedom.