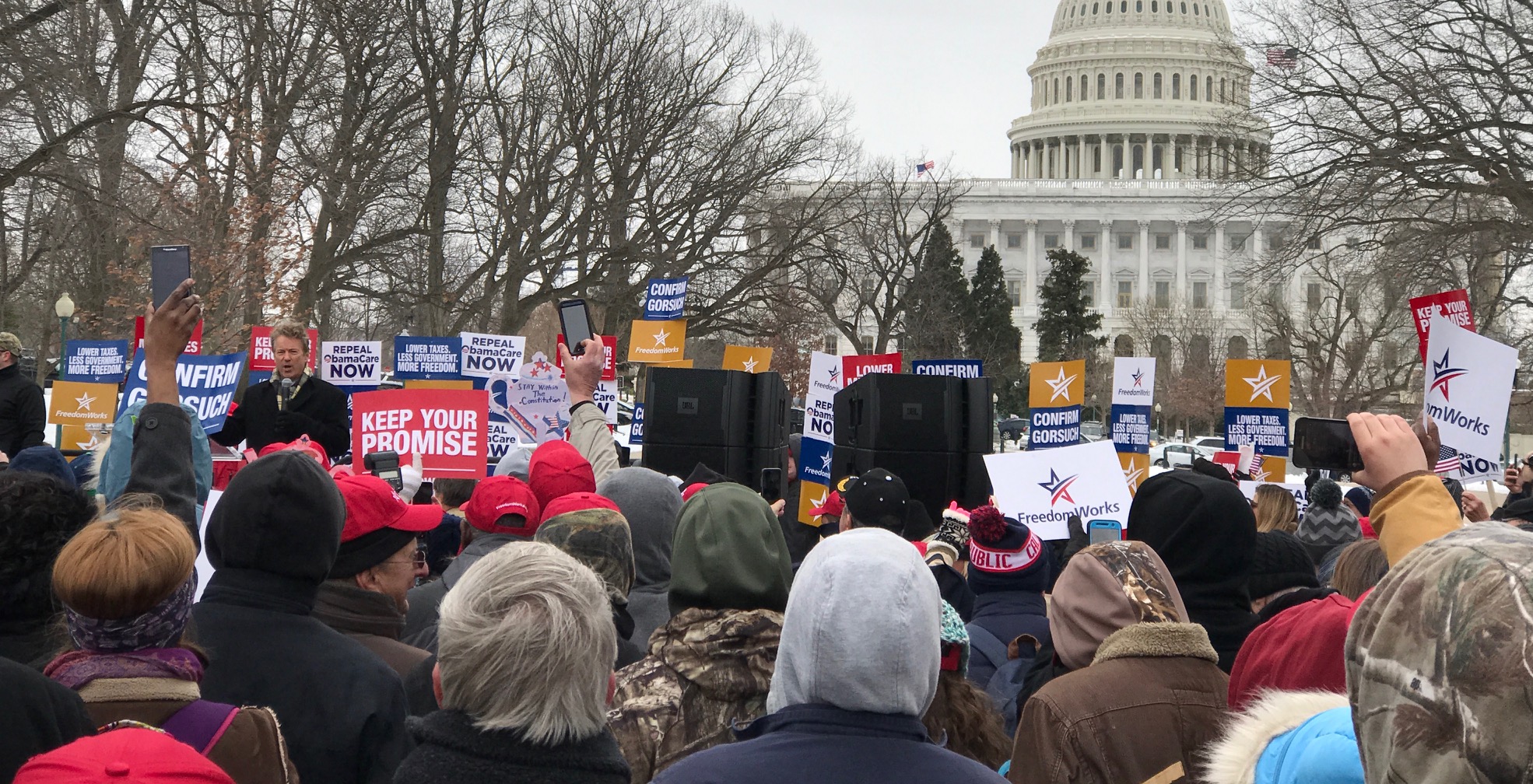 FreedomWorks activists are now storming the halls of Congress, meeting with their senators and representatives to urge them to repeal Obamacare quickly and completely.

Activists voiced their contempt for House leadership’s excuse of a repeal bill, which as it currently stands is no more than a watered down version of Obamacare.

“Our activists are incensed at the betrayal of Paul Ryan and House Republican leadership. Instead of following through on years and years of campaign promises and repealing Obamacare outright, they want to create a new entitlement program and a backdoor individual mandate. Even the savings that Ryan and Republican leaders are boasting about are suspect because Medicaid expansion, which supposedly ends at the beginning of 2020, will likely become the new Medicare ‘doc fix,’” said FreedomWorks President Adam Brandon.

“Some senators are even opposing the repeal bill that they originally voted for and sent to President Obama’s desk last term. Now that we have a Republican in the White House, they are afraid he will actually sign such a bill. That’s the height of hypocrisy.”

"We have been betrayed by many Republicans in the House and Senate,” said activist Dave Zupan, President of FreedomWorks Activists Advisory Council. “We heard how they wanted to repeal Obamacare for years. They voted to do it last year under Obama, and Paul Ryan said that provided a clear path for repeal under a Republican president; now he and moderates are watering it down now that we gave them majorities. They only passed it for show, when they knew Obama wouldn't sign it, but they know President Trump would sign it. That's hypocrisy. It's fraud. I came out today to support the promise keepers and pressure the back stabbers.”

FreedomWorks continues to play a vital role in holding Members of Congress accountable to their campaign promises on Obamacare. By working with the White House, members of the House Freedom Caucus and various senators who plan to keep their campaign promises, FreedomWorks activists will see Obamacare repealed and replaced by real health care reform.

Senator Rand Paul said, “FreedomWorks understands the problem, the House Obamacare Lite package costs too much and doesn't fix the problem. I remain opposed and will continue to push for a real, clean repeal followed by a plan based on free market policies that lower costs and offer affordable coverage to millions more.”

“When we campaigned for reelection in November, we committed to the voters that we would fully repeal Obamacare—every tax, every mandate, every regulation,” Congressman Mark Meadows said. “Doing anything less than what we promised the American people should not be acceptable. To the countless activists at today’s event and around the country—please know that conservatives in Congress remain steadfast in our resolve to follow through on our promises to you.”