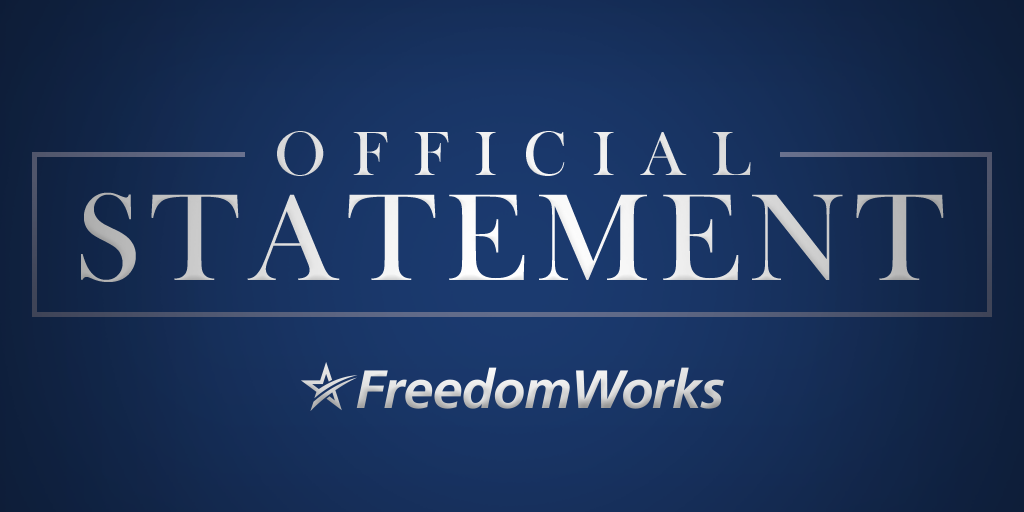 “So-called ‘progressives’ like Sen. Sanders have no qualms with calling for higher taxes for wealthy Americans such as themselves. But behind the façade of class warfare, Sanders would clearly rather keep his hard earned money. Like many other Democratic presidential candidates, he is a blatant hypocrite.

“The good news for Sen. Sanders is that through FreedomWorks’ ‘Pay Your Fair Share First’ campaign, we have streamlined the process for wealthy 'progressives' to give more of their money to the government, if they are so inclined.

“Truth be told, no American should be paying higher taxes. Americans have a history of charitable giving to be proud of. If Sen. Sanders is serious about addressing our nation’s problems, maybe he should take a page from his fellow Americans and donate more to charity.”

I truly love your site. Great colors & theme. Did you build this amazing site yourself?
Please reply back as I’m looking to create my own personal site and
would love to find out where you got this from or what the theme is called.
Appreciate it! my website is shoppingmaja.com
please reply as soon as possible.

Big Government Caters to Crony Capitalism In the Democrat presidential debate, Senator Bernie Sanders (D-VT), an avowed socialist from Vermont, alluded to crony capitalism. “I'm running for president because as I go around this nation I talk to a lot of people. And what I hear is people concerned that the economy we have is a rigged economy.”

Sen. Bernie Sanders has excited the Democratic Party's base with promises of more "free" stuff and emerged from relative obscurity as a legitimate threat to Hillary Clinton, once thought to be the frontrunner for the party's presidential nomination. But the policy agenda the self-identified "democratic socialist" is espousing to fawning audiences on the campaign trail is one that would create severe economic problems for the United States.

Sorry, Clinton And Sanders, There's No Such Thing As Free College

Candidates for the Democratic Party's nomination for president, Bernie Sanders and Hillary Clinton, have both promised that if elected, they would put forth legislation that would dramatically reduce tuition and student debt for public universities in one form or another. This opportunity is a lie in itself. In order for the federal government to pay for all these students, it would be necessary for more tax money to get funneled to students who hold no real obligation to complete their degrees, and a lot of students who should not have gone to college in the first place would get degrees they don't know what to ultimately do with.

Where Do Democrats Stand On Justice Reform?

While Republicans have led the charge on bipartisan justice and judicial reform in the congress and on the campaign trail, the 2016 candidates for the Democratic Party's nomination have seemed to have been silent on the matter publicly. Here is a breakdown of the current Democrat candidates and their stance on justice reform, based off the FreedomWorks issue set, going into the upcoming DNC primary debates.

Vermont Socialist and Democratic candidate for president, Senator Bernie Sanders, remarked in a recent interview with Bloomberg that Uber upsets him since it is highly unregulated, unlike the taxicab industry which holds a market monopoly on commercial ridesharing through its medallion system for controlling who can and can't drive a cab in certain cities. Though the remark was brief, Reason magazine contributor Peter Suderman was able to piece together Sanders' intentions based on his record as a politician.