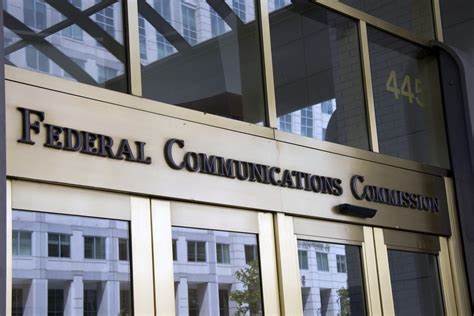 The Restoring Internet Freedom Order has been a target of almost all political activists since the Commission took aim at repealing the Open Internet Order in 2017. It is important to clarify that this docket seeks to address legal questions, but should in no way be construed as to justify the repeal of the Restoring Internet Freedom Order itself. The fact that the courts determined to remand but not vacate the order demonstrates this. We are aware of a concerted public comment campaign to accomplish such an objective. FreedomWorks Foundation would like to point out the self-serving nature of these comments, that they are in line with years of partisan action, and do not address the issues at hand.

Although opponents of the Order couldn’t repeal the rule through Congress, attempts at repeal through the judiciary continued. The courts condensed the relevant litigation to Mozilla Corp. v. FCC and sent the challenge to the U.S. Circuit Court of Appeals for the District of Columbia. There, the court upheld all of the classifications of the order -- classifying Broadband Internet Access Services (BIAS) as information services subject to Title I and mobile broadband service as a private mobile service -- as well as the vast majority of the rest of the order, including its stringent transparency requirements. Despite this, the court determined to remand the Order to the FCC for reconsideration on the grounds that the order presented constitutional issues surrounding the preemption of state and local regulations regarding the internet. In effect, the court told the FCC to go back and rewrite the rule to ensure that states and localities can institute their own rules with regards to data discrimination.

Importantly, the court did not vacate the Restoring Internet Freedom Order. As such, it remains in effect even as the FCC has reopened the docket to public comment and consideration by the Commission. Currently, the FCC is addressing three questions remanded to them by the D.C. Circuit. First, they are examining the implications of the order with regards to public safety. Second, they are examining the implications of reclassification on the regulation of pole attachments. Finally, they are examining the effects of deregulation on the FCC’s lifeline program that is designed to provide subsidies to provide broadband access in low income areas.

FreedomWorks Foundation’s Regulatory Action Center would like to target its comments toward the first prong of this proposed re-assessment: the assessment of public safety impacts.

The Court has asked the Commission to more thoroughly address the impact of the Restoring Internet Freedom Order on public safety. This seems unnecessary, and FreedomWorks Foundation would like to echo and affirm the comments submitted previously by Patrick Hedger and the Competitive Enterprise Institute (CEI). In said comments, CEI correctly noted that public safety was an “afterthought” for the Commission under the leadership of then-Chairman Wheeler when it was considering the Open Internet Order. It is also worth noting that neither order touches FirstNet, the dedicated broadband network for first responders.

With that being said, the Commission should have no issue justifying the Restoring Internet Freedom Order on public safety grounds, given the immense benefits it has had for our economy in the short time it has been on the books. This does go hand in hand with public safety. Investment and performance are both intrinsically linked to public safety in that a more fully functioning internet allows our public more resources to combat disease, stay connected to loved ones, research potential health issues, and engage in activities that safeguard their mental health. This is a point on which right and left tend to agree.