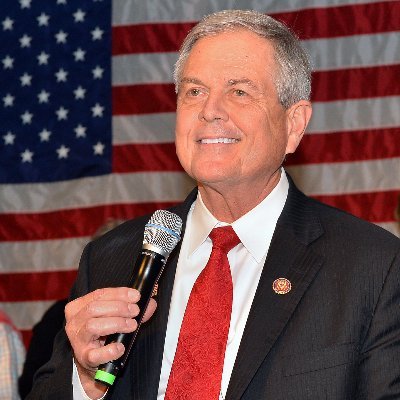 Prior to his election, Rep. Norman served as the representative for the 48th South Carolina House District for nearly ten years. There, he proved himself a principled believer in limited government and individual liberties.

Since ascending to the U.S. House of Representatives, Rep. Norman has continued to demonstrate his dedication to these principles. In the 116th Congress, he has been the sponsor of such legislation as the Earmark Elimination Act, H.R. 6211, and a constitutional amendment to require term limits for members of Congress, H.J.Res 19. He also submitted a constitutional amendment to prohibit members of Congress from receiving compensation during a government shutdown, H.J.Res 18.

As a member of the Committee on Oversight and Reform and the Subcommittee on Government Operations, Rep. Norman has been an effective advocate for regulatory reform and proper oversight. For his work in supporting small businesses through common-sense regulatory reforms, Rep. Norman has been recognized by the National Federation of Independent Business.

Perhaps more importantly, Rep. Norman has shown leadership and courage during the coronavirus pandemic, championing fiscal restraint in times of unprecedented spending. Before the passage of the more than $2 trillion Phase III COVID-19 package, Rep. Norman circulated a letter to the leadership of both houses applauding the “speed and vigor” of the bipartisan response to the virus, but also urged leadership “not [to] act with complete fiscal abandon.” Rep. Norman was joined on this letter by 19 other House members, including Reps. Jeff Duncan (R-S.C.), Tim Burchett (R-Tenn.), Ben Cline (R-Va.), and Andy Biggs (R-Ariz.).

Rep. Norman has proven over his past five terms that he is an effective champion for the people of South Carolina’s 5th District. We know that he will continue to fight for liberty and freedom as long as he chooses to serve. It is for his admirable leadership and steadfast principles that FreedomWorks is proud to name Rep. Ralph Norman (R-S.C.) as our member of the month for April 2020.