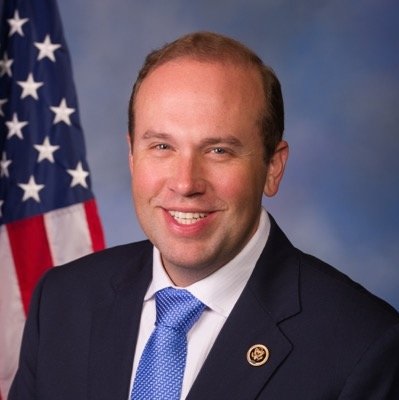 Representing Missouri’s 8th Congressional District, which encompasses much of south-east and south-central Missouri, Rep. Smith is a seventh-generation Missourian who has dedicated his life to fight for the rights and liberties of rural Missourians. Raised in Salem, Missouri, Rep. Smith attended the University of Missouri-Columbia before earning his Juris Doctorate and heading home to help his community as an attorney.

It was while managing both his family farm and law practice that Rep. Smith first decided to run for the Missouri General Assembly in a special election in 2005. After winning that race, he went on to serve honorably in the General Assembly until June of 2013. There, Rep. Smith focused his efforts on cutting red tape, increasing transparency, and defending the property rights of Missourians. It was his dedication to these causes that led his colleagues in the General Assembly to elect him to leadership positions -- Majority Whip, and then Speaker Pro Tem.

In 2013, Rep. Smith decided to take his skills to Washington. In that year’s special election, he garnered 67 percent of the vote in Missouri’s 8th District. He was then immediately re-elected to his seat in the General Election of 2014. Since then, Rep. Smith has continued the record he started in Missouri as a dedicated champion for both his constituents and the principles of liberty and justice.

Due to his dedication to fiscal conservatism, Rep. Smith was recently selected to lead the House Republican minority as Ranking Member of the Budget Committee for the 117th Congress. This sought after position gives him immense opportunities to impact the way our federal government appropriates money. As Rep. Smith has said, this position is “not just debating dollars, but the direction of the country.”

As a member of both the Committee on Ways and Means and the Budget Committee, Rep. Smith has been on the front lines of our country's battle for fiscal stability. A dedicated proponent of fiscal conservatism, he has been deeply involved in the discussions surrounding stimulus for the COVID-19 pandemic. Rep. Smith co-sponsored legislation from Rep. Ted Budd (R-N.C.) -- the Getting Americans Back to Work Act, H.R. 6805 -- that would prohibit state and federal unemployment from paying individuals more than they were earning in their job prior to being furloughed or laid off. This bill is specifically designed to ensure a perverse incentive does not exist for individuals who receive extra unemployment benefits because of the pandemic to stay unemployed when work becomes available to them again as our economy recovers.

Beyond fiscal and financial issues, Rep. Smith has also been a leader on student empowerment and school choice. He is the lead sponsor in the House of the Student Empowerment Act, H.R. 621, which would allow distribution of tax-exempt dollars from 529 plans (education savings plans) for additional educational expenses, including books, online materials, and testing or other educational fees. This is an identical companion bill to Sen. Ted Cruz’s (R-Texas) bill in the Senate. In effect, this simple change allows families to use their own educational savings for other aspects of education besides merely tuition. Granting families the agency to choose how their education dollars are spent is another right step towards total school choice.

Throughout his time in both the Missouri General Assembly and the United States House of Representatives, Rep. Smith has demonstrated his dedication to the people of Missouri, and America as a whole. He also supports legislation critical to FreedomWorks’ mission, including the Senior Citizens Tax Elimination Act, H.R. 3971, the PRIME Act, H.R. 2859, and the Agency Accountability Act, H.R. 850.

We know that he will continue to serve with honor in representing the people of Missouri’s 8th District, and we look forward to continuing to work with him on a broad range of important issues. Needless to say, House Republicans will be far better off with him leading the interests of fiscal conservatives at the helm of the House Budget Committee. For his principled leadership and constant effort on behalf of his constituents, FreedomWorks is proud to name Rep. Jason Smith as our member of the month for December 2020.