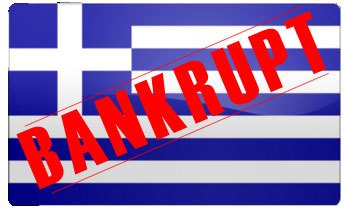 A national referendum is a ridiculous means to determine financial and political policies. How can the general public appreciate the complete political, social, and financial implications of their “yes” or “no” vote? They can’t. As H.L. Mencken wrote: *Democracy is a pathetic belief in the collective wisdom of individual ignorance. *

It’s the spending, stupid! For many years, various Greek governments spent far more than they received in tax revenues, and Greece borrowed heavily from the International Monetary Fund, the European Central Bank and the European Union. Today, some of the promised payments are due, and Greece does not have the huge amounts of money needed to repay their debts.

Politicians give lavish benefits to their voting constituents, which shifts the debt burden on future workers – even the unborn. In order to better disguise debt, politicians use deceptive accounting methods. Bluntly, politicians buy votes today and intentionally “cook the books,” which created an enormous and dangerous national debt.

In 2009, the truth about Greece's years of under reported deficits was uncovered and the fraud against their creditors was exposed. Equally wrong, the citizens of Greece were not warned that their pensions and government jobs were at risk because of fiscal dishonesty. Have pity on the Greek pensioners that could be denied portions of their promised pensions and the young Greeks who inherited a tremendous government debt.

Our Federal government has extensive debt. Our government claims it to be $18 trillion. That may not be true. Laurence Kotlikoff, professor of Economics at Boston University, measures the fiscal gap to be approximately $200 trillion. Most of our debt is government promised programs - Social Security, Medicare and Medicaid, and, similar to Greece, American politicians and our government manipulate words and accounting methods to hide debt our debt, too.

In order for democracy to survive and prosper, America must have an honest debate and understanding of our debt crisis. Young Americans should be united in asking every politician about the debt and how to stop excessive spending that is already adversely impacting their lives. America’s debt should be a top issue in the 2016 election.