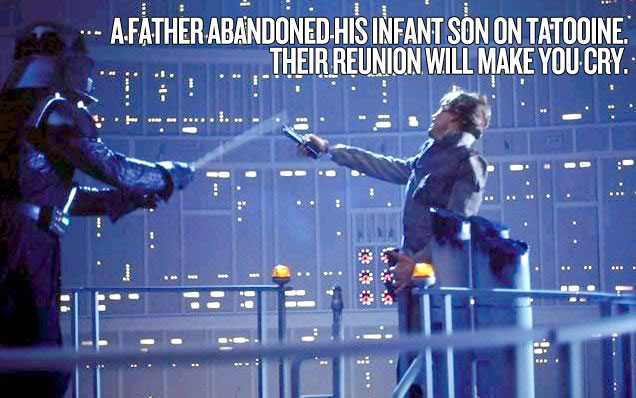 Let me walk you through a blogging scenario. See if it seems familiar to you.

You come across a news item perfect for a blog post, say a case where the administration has overstepped its Constitutional authority to grant another ObamaCare waiver. After an hour or two, you've worked the item into a solid blog post. It's smart, with depth, a couple or three tweetable quotes, and a killer image for Facebook and Pinterest, and it takes a different angle from posts anyone else has written. It is, in short, a masterpiece. You put a headline on it: "OMG! Obama Administration Ignores the Constitution Again!" You publish it, tweet it, link to it from your Facebook page and sit back and wait for the traffic to pour in.

But it doesn't. Hardly anything happens. No re-tweets. No Likes. No link-love. Nothing. Your post has hit the internet like a sack of wet paper. What happened? Did you guess?

Take a look at that sorry headline. Imagine you came across it among ten other posts on a web page or a hundred posts in an RSS reader. Would that headline demand your attention or would you think something like, "Yes, okay. What else is new? I bet this is just a re-hash of some news from last week anyhow"? If you're anything like me, you see a couple dozen articles with the same "ZOMG!" level of urgency that turn out to be little more than a link, a quote from someone else's article, and maybe a line or two of outrage. Big deal. Dime a dozen.

Now, what if you had taken a little more time and given your article a headline like, "You'll Never Guess Who Doesn't Have to Follow ObamaCare Today" or "You Have to Buy Expensive Insurance, but These Guys Don't, Thanks to the President"? How might that post have been received then? Or, what if you had spent a little bit more time to write an even better headline than I came up with in a few minutes?

The folks who run Upworthy asked themselves that question, and came up with a doozy of an answer. Their headlines are so attractive, each article is shared on Facebook an average of 75,000 times*. They've not entered into a deal with Ol' Slewfoot to get those shares, though. They set out to create headlines that would be as attractive to you and me as delicious food pellets are to laboratory maze-rats. Fortunately for us, they have revealed some of their secrets, which we can use for our own headline-writing purposes. Let's look.

1) Write Many and Push Your Brain: Upworthy's Editor-at-large, Adam Mordecai says he writes 25 headlines for each of his articles, to push his creativity farther than it would normally go. You can do the same thing. If writing 5 headlines is tough for you, write 7. If 10 is a breeze, write 15. (tweetable) You may find the real gems among the last few you have to sweat out. Once you have your list of headlines, cut out the lazy ones, the ones you cranked out almost without thinking and replace them with new ones. Don't settle for boring. Don't let your brain coast no matter how much it wants to. (tweetable)

2) Test, Test, and Test Some More: Upworthy is so dedicated to testing which headline works best that it built its own extensive testing regimen. Writers put the headlines they brainstorm in front of their fellow writers, a select group of readers, and an internal testing program. You don't have to test your own headlines that extensively; indeed, you probably don't have Upworthy's resources, but you should test. E-mail a few people inside your organization and ask them which one strikes them as the most "shareworthy". Find a couple friends and have them choose the one that makes them most curious. Ask your spouse or your children. If you're posting for speed and you don't have time to ask someone else, do your own test. Look at your headlines and ask yourself which one you'd share if you happened across it on Facebook or Twitter. Get used to testing your headlines, then do it all the time. (tweetable)

3) Be Flexible: As successful as Upworthy has been, its headlines are likely to change. The rest of the digital world has learned that similar headlines can drive a lot of traffic for them as well, which threatens to make Upworthy's headlines look (believe it or not!) ordinary. Here is a lesson for us. You can only ride a successful strategy for so long until the rest of the world catches up to you. (tweetable) You have to be flexible enough to change before you become "ordinary" because if you wait until everyone catches up to you, you've lost the advantage you worked so hard to build.

No headline in the world can replace solid, smart content. Once you have that, though, your headline will be the handle by which your readers can pass it to their friends and family.

*The most common criticism is that Upworthy only writes good headlines and folks rarely read the articles. Upworthy disagrees and recently developed their own metric called "attention minutes" to learn exactly how much time people spent with each article and on the site as a whole.