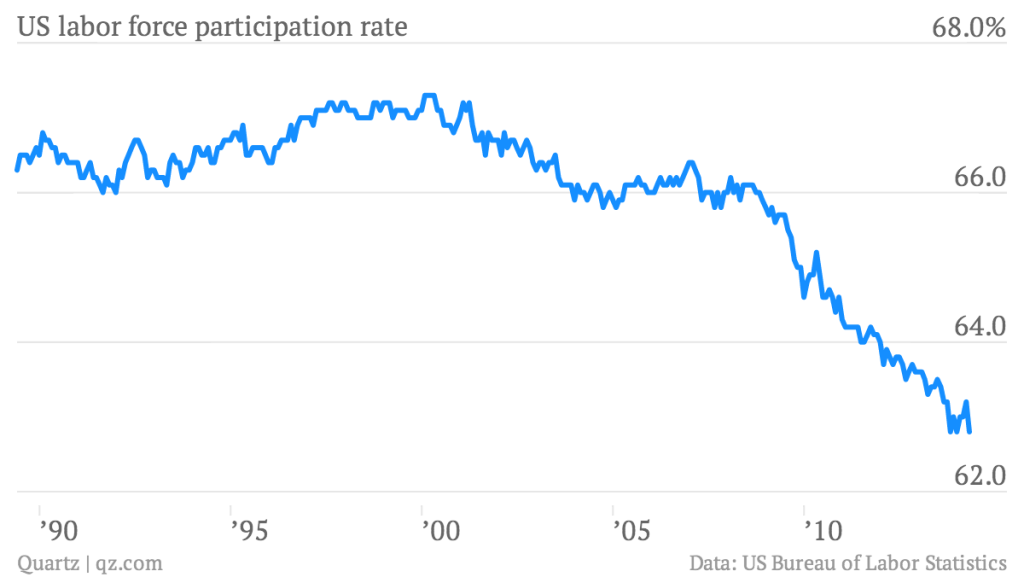 While these figures encouraged optimism from economists and investors, a deeper look at the numbers reveal the unemployment rate as a misleading figure that the administration is once again using as evidence of a growing economy.

The U-3 statistic is problematic for calculating an accurate unemployment rate because it leaves out two critical groups of unemployed persons in its calculations. For example, the U-3 leaves out those defined as “marginally attached” to the workforce. “Marginally attached” persons want and are available for work, have looked for a job in the past 12 months, but have not looked for a job in the past four weeks (hence their exclusion from the labor force). Also under the “marginally attached” label are “discouraged workers” who are eligible for employment, are unemployed, and are not actively seeking employment or have not successfully found employment after long-term unemployment.

According to the BLS report, 2.2 million Americans fell under one of these categories in April, and were thus labeled “marginally attached” to the workforce. These Americans were not included when calculating unemployment, even though these people are unemployed, are able to work, and would likely take a job if one came along. The number trickery doesn’t stop there. While 503,000 people joined the labor force in March 2014, 806,000 people dropped out of the labor force in April 2014. As Wall Street Journal blogger Kathleen Madigan explains:

"The unexpectedly large drop in the jobless rate was a head-fake when it comes to signaling labor-market improvement. That’s because the decline was mainly caused by 806,000 people dropping out of the labor force which pulled the rate to 6.3% from 6.7% in March. The unemployment rate rarely moves in such a large increment. The last time it fell 0.4 percentage point was December 2010. A bounce-back in the May rate shouldn’t be a surprise a month from now: news of the strong pace of April hiring is likely to cause some discouraged workers to look for work again."

After this significant drop in labor force participants, the labor force participation rate has dropped to a 36-year low, of 62.8%. So while the “official” unemployment rate shows an improving economy, the rate of those who have stopped looking for employment due to job market trouble has reached its lowest point since 1978. The April 2014 report shows that 92.5 million people in total are not counted in the labor force, with only about 1.37 million of those excluded for reasons such as school, family responsibility, ill health, or transportation issues.

The U-6 calculation, which is often referred to as the “real” unemployment rate, includes all those “marginally attached” to the labor force, as well as those who are employed part time for economic reasons (about 7.5 million people, who want and are available for full time employment but have not found it). U-6 shows an unemployment rate about double that of the U-3 “official” rate. The U-6 figures from April 2014 show a 12.3% unemployment rate, which also dropped 0.4% from March 2014 due to the decrease in labor force participation.

It should also be noted that the payroll survey from April showed the increase in 288,000 jobs, while the household survey showed a loss of 73,000 jobs.

When it comes down to it, the U-3 unemployment rate, which the BLS considers the “official” rate of unemployment, does not accurately represent the whole composite of how many viable labor force members are unemployed. By categorizing the civilian labor force in a way that allows many who are unemployed to be left out of calculations, the unemployment rate appears lower than it actually is, providing government officials with attractive numbers to tout to the public.