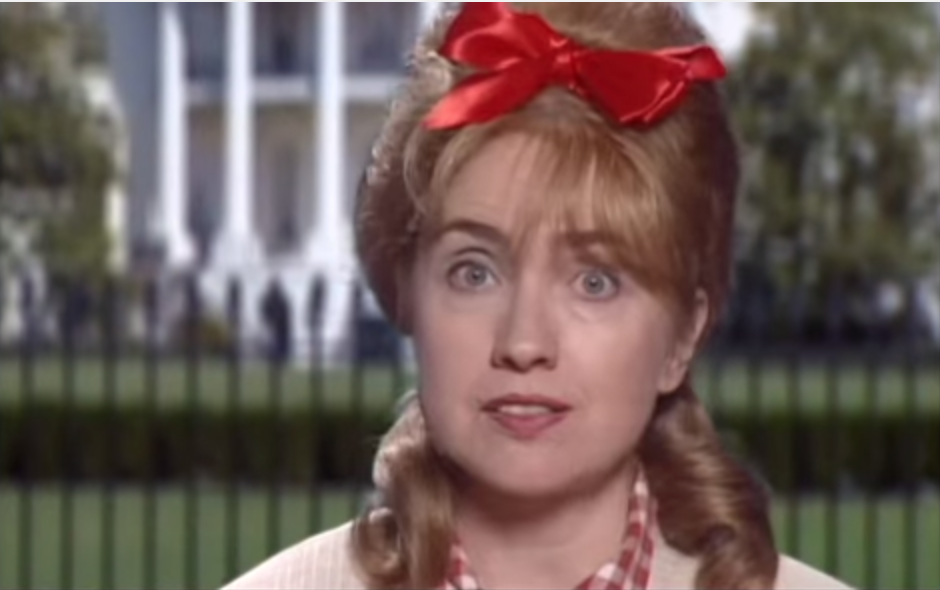 "Life is like the capital gains tax. It punishes people for making good choices."*

This week, in a rare moment of actually talking to people, the presidential candidate is unveiling her plans to modify the capital gains tax. Capital gains are what you get when you make the responsible decision to take your hard earned money - already taxed at extortionate rates - and invest it in stocks, bonds, or other capital that you have confidence in, instead of frittering it away on consumer goods. When these investments are made wisely, with a view towards long-term growth, you are rewarded with more savings, and the economy is rewarded with all the benefits your investment provided to well-run companies.

Currently, income earned from these investments is taxed at a lower rate than ordinary income, as long as you have held the assets for more than a year. These are known as long-term capital gains.

But this system displeases Hillary. Why, she wonders, should people be allowed to keep their own money, when the government could be using it for pointless and destructive projects? Why should we give an incentive for people to invest their money responsibly rather than simply spend it? If elected president, she promises to do something about it.

While the details of the plan have not been released yet, we know that it will comprise two major reforms. The first is a simple rate hike, to at least 28 percent, and possibly as high as ordinary income tax rates. The second is to restrict the long-term capital gains rate to investments held for more than two, three, or possibly more years. Both ideas are inescapably bad.

Clinton claims she wants to incentivize long-term investment, but that’s not what the increased taxes would do. The increased rates would disincentivize investment altogether, shifting more dollars to consumption. Many people are still under the delusion that consumption spending is good for the economy, but in fact, saving is what drives production, and production is what increases our standard of living - the ultimate goal of economic growth.

The second consequence of Clinton’s plan would be to reduce people’s flexibility in managing their own investments. If you know that you have to leave your money in in a stock for five years before being able to escape high tax rates, you may not invest it at all, or at the very least, you will invest differently than you otherwise would. People will leave money in bad investments longer than they ought to in order to escape heavy taxation, and these financial distortions inevitably cause problems in the economy.

Increasing the capital gains tax won’t encourage long-term investment, it won’t result in more savings, and it won’t result in more economic growth. What it will do, is allow Clinton to pander to people who think higher taxes are the solution to our economic woes. And the appearance of using government to punish the successful is worth a lot these days.

And what is the plan of the GOP? Oh- that's right, they don't actually have a plan. Instead they have a clown running around insulting other GOP candidates and even more- the more he makes outright embarrassing comments the more be rises in the polls. Yes... Sweet, sweet music to my ears.
And here we have another tired "oh no! Taxes!" Article. I think the GOP has bigger issues to deal with like finding a candidate who doesn't act like a 10 year old rather than using worn out cliches...

That response is typically of what i expect to hear. So I'm not surprised. Please ... Do us all a favor and continue to show support for the canidates I mentioned. Like I said it's fantastic.

Ah and here we read of yet another Stupid, Blind and Unthinking DUMBOCRAT that is more than willing to follow President ISIS and Hitlery down the yellow brick road to eternal damnation because he is just too damn Ignorant to be able to think for himself!!!
Want to know without a doubt what people like him are happy to remain BLIND to? Just watch this VIDEO and know why one day they shall come to know of their Eternal Damnation without Mercy for their Souls:
https://youtu.be/9rjdO4cfeEg