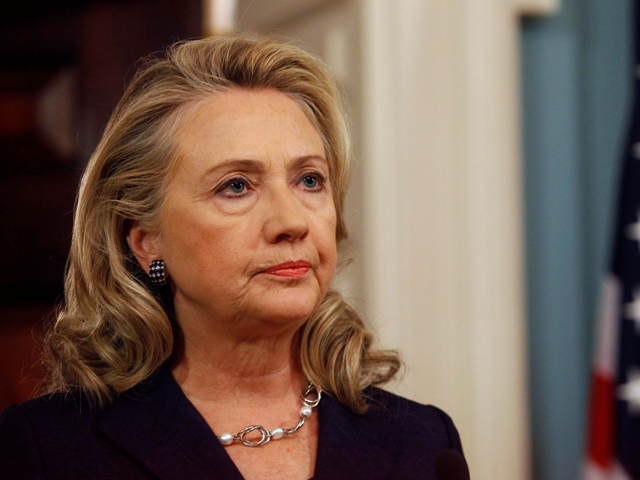 Hillary's EmailGate is raising questions of ethics and secrecy.

The press may finally have found the chink in the seemingly impenetrable armor of Hillary Clinton.

It is now known that Clinton, during her time as Secretary of State, used a private email address to send official government communications, violating clear cut rules from the State Department that require all emails to be stored on official government servers. The reason for this is simple: These types of communications are subject to requests under the Freedom of Information Act, and without clear protocol for preserving them, there is no way to guarantee that certain emails are not being concealed from the public. Transparency is important, so that government officials can be held accountable for their conduct in office. If emails can be hidden on private servers or deleted, there is no effective check against corruption at the highest levels of government.

Not that Hillary hasn’t navigated scandals like this before, but this time there’s something different. In the past, the press has always protected the Clintons from conservative attacks. This time, the press is the victim, having been denied access to the information they need to do their jobs. With the Associated Press itself now threatening legal action, the media may not be so sympathetic to Clinton as they have been in the past.

The story seems to have legs, with more revelations emerging by the day. A team of hackers has identified many different email addresses on the private server “clintonmail.com” that may have been used by Clinton and her aides while she was serving as Secretary of State. How these addresses were actually used remains unknown, but if it turns out that government information was being passed through a series of cryptic addresses like “hdr22@clintonmail.com,” it could spell major trouble for Hillary.

Politico is also reporting that the officials in the Obama White House knew about Clinton’s misuse of a private email account as far back as August, but deferred to the wishes of Clinton’s aides and decided not to respond.

Speaking to an enthusiastic crowd at Emily’s List, Clinton recently drew applause for her rhetorical exultation, “Don’t you someday want to see a woman president?”

I don’t know about you, but I someday want to see an honest president. That would be a nice change of pace.