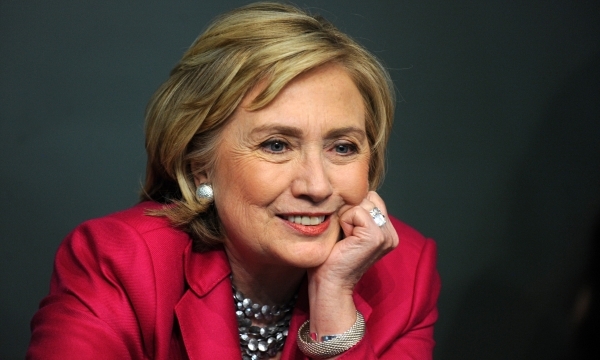 If there’s one thing Democrats love to talk about, it’s equality. The egalitarian streak runs deep in the party of Hillary Clinton and Bernie Sanders, to the point where a majority of Democratic operatives have cited income inequality as their primary concern in the 2016 elections. But when it comes to the tax code, equal treatment under the law seems to be the furthest thing from the candidates’ minds.

For example, Hillary Clinton has just announced her intention to create a $6,000 tax credit for people caring for their aging or disabled family members. It’s pretty remarkable to hear a Democrat even talk about cutting taxes (although elsewhere she has called for taxes that are actually much higher), and on the surface it sounds like a great idea. Long-term care is extremely expensive, and it makes sense to encourage families to shoulder some of that burden by taking care of their own. No one wants to argue that people who take care of their elderly parents should pay more in taxes, so from a marketing standpoint it’s a smart plan..

But where Clinton goes wrong is in embracing the tax code as a tool of social engineering, a use for which it is ill-adapted, and one that runs contrary to the intentions of the founders. The purpose of taxes is fundamentally to raise money, and where it drifts from that mission, unintended consequences ensue.

One of these consequence is the insane amount of complexity that creeps into the tax code once you start carving out exemptions and trying to incentivize certain types of behavior. The tax code is now so complex that it costs Americans $37 billion and 3.24 billion hours a year simply to comply with it. Every time a new exemption is added, that complexity is increased, and more resources have to be diverted from useful activities to compliance.

There’s also the problem of lobbying. As soon as you admit a willingness to exempt certain things from taxation, every interest group has an incentive to hire lobbyists to try to secure their own exemption, which is again a giant waste of resources that could be more effectively used elsewhere. Instead of focusing their efforts on producing good products at low prices, everyone starts trying to game the system to their own advantage.

Finally, it is not always a simple thing to design incentives that work the way they’re intended. Right now, the government is trying to incentivize students to pursue so-called STEM degrees, to fill jobs related to science and technology. But the government has no way of knowing how many of these jobs need to be filled, and how many new degrees these incentives produce with any degree of accuracy. It’s too early to tell, but the result could very well be a glut of STEM workers unable to find jobs, with huge shortages in the other sectors of the labor market. The price system coordinates millions of data points to communicate where more activity is needed, and where there is too much, and government planners can never hope to match this level of efficiency.

Incentivizing families to take care of each other rather than hiring professionals to do it sounds like a great idea, but we don’t really know what the end result will be until we see it. One possibility is that seniors get substandard care from opportunistic family members trying to claim the tax credit with as little work as possible. There are doubtless other potential outcomes more difficult to foresee. As is often the case, the solution can cause more trouble than the original problem.

Instead of trying to engineer the tax code to reward every “good” behavior and punish every “bad” one, why not reduce taxes on everyone? Why not treat everyone with that celebrated equality the Democrats claim to care so much about? Why not embrace a simple flat tax that eliminates all those exemptions and deductions, and makes life simple for the taxpayer?

If you really want to relieve the tax burden on people who need the help, the tax credit model simply doesn't work. It makes more sense to work towards simplification and lower rates across the board, than to continue adding more and more pages to the already bloated code.