The House Must Pass the 21st Century AIRR Act in September 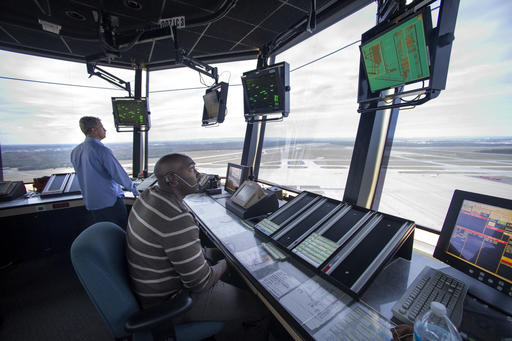 FreedomWorks has released a key vote in support of the 21st Century Aviation Innovation, Reform, and Reauthorization (AIRR) Act, H.R. 2997. The bill would reauthorize the Federal Aviation Administration (FAA), the current authorization for which expires on September 30, for six years and modernize the United States’ air traffic control (ATC) system.

The House Committee on Transportation and Infrastructure marked up the 21st Century AIRR Act on Thursday, June 27, by a vote of 32 to 25. Only one member of the majority, Rep. Todd Rokita (R-Ind.), voted against the bill.

Past efforts to the reform the United States’ ATC system have failed. Part of the FAA Reauthorization Act of 2003, the Next Generation Air Transportation System (NextGen) was supposed to modernize the FAA’s air traffic control system and make it more efficient. Instead, what the country has seen is implementation programs, delays, and higher costs.

Between FY 2004 and FY 2016, according to the Government Accountability Office, the FAA “received approximately $7.4 billion for programs and activities FAA identified as NextGen.” Department of Transportation Inspector General Calvin Scovel testified that NextGen could take 10 years longer to implement and that costs may reach $120 billion, far higher than original estimates.

“And we are probably also looking at total expenditures in an order of magnitude two to three times that of the initial $40 billion estimate to achieve the original plan.”

The most recent audit of NextGen by the Department of Office of the Inspector General didn’t bring confidence that the FAA had gotten its act together. The six programs covered in the report had seen costs rise from $2.13 billion in 2012 to $5.77 billion, with the implementation of two of the programs delayed by six years.

Clearly, Congress must move away from NextGen and to a more sustainable model.

The 21st Century AIRR Act would sunset the Air Traffic Organization (ATO) and transfer air traffic control authority to a newly created nonprofit entity, the American Air Navigation Services Corporation. (AANSC). The board of directors for the AANSC will be comprised of 13 stakeholders, including two directors appointed by the Secretary of Transportation and one director each appointed by the passenger air carriers, air traffic controllers, and commercial pilots.

The proposed reforms are similar to what Canada has accomplished. As the Competitive Enterprise Institute explained:

“Today, Canadian airspace users enjoy the most efficient and technologically advanced air navigation service provider in the world. Nav Canada has not raised user fees in 13 years and recently announced another permanent rate cut. As a result, the inflation-adjusted user fees charged by Nav Canada will soon be 45 percent lower than the aviation taxes they replaced. American airspace users deserve to enjoy the same benefits of modern air traffic control as our neighbors to the north and developed countries in Western Europe and the Pacific.”

As a retired air traffic controller and having worked directly on the development of NextGen, I am intimately familiar with the current system and see little in the AIRR Act that addresses the many fundamental and systemic problems within the ATC system.

While I have no confidence in the government in general and the dysfunctional FAA in particular, it is difficult to see how transferring the system to competing financial interests with competing agendas will somehow resolve these problems without first establishing very specific measurable goals.and guidelines for technical modernization, standardization, certification, and training. Trusting that these and many other fundamental issues will somehow be resolved by an amorphous private entity without more specific guidelines is a leap of faith too far.

I have no objection to privatizing ATC but without establishing very specific goals it is simply another form of reorganization that will resemble the often repeated rearranging of the deck chair on the Titanic.