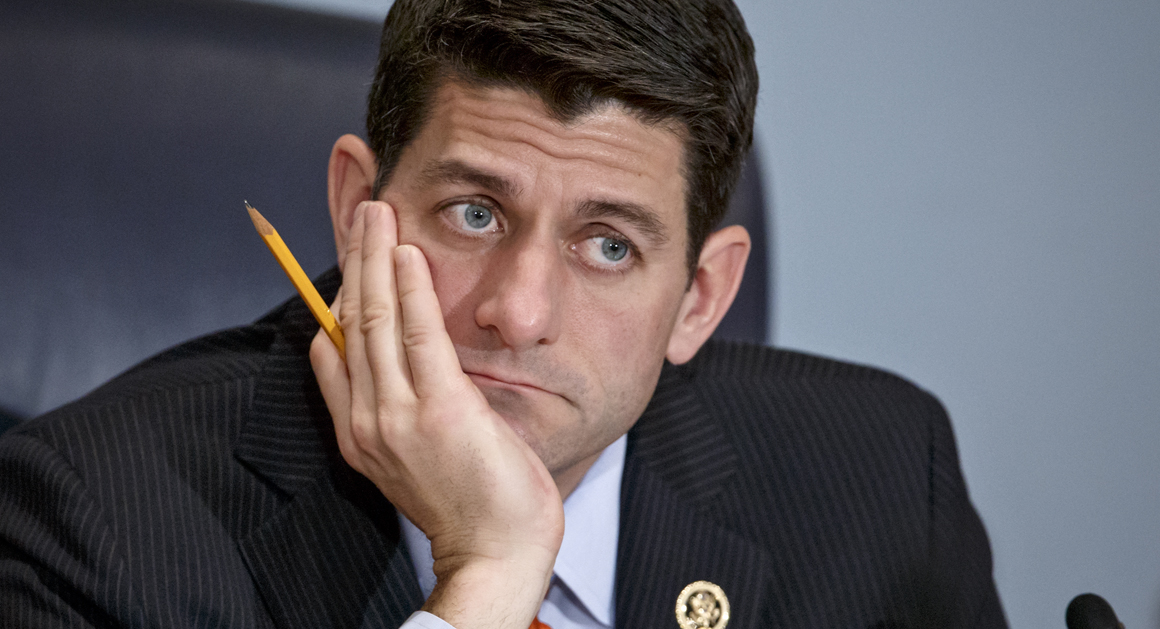 The good news is that the individual and employer mandates are zeroed out retroactively to 2016 in the Ways and Means text. Almost all of ObamaCare's taxes are repealed. But there are several concerns with the bill that have to be addressed, otherwise, this bill will be ObamaCare-lite.

Advanceable, Refundable Tax Credits (Section 15 - Ways and Means): ObamaCare's advanceable, refundable tax credits are repealed effective at the beginning of 2020. But the discussion draft obtained by Politico a little more than a week ago showed that Republicans were planning to go with generous advanceable, refundable tax credits to help consumers on the individual market purchase health insurance coverage. The tax credits are age-rated and not eligible to anyone who is eligible for employer-sponsored coverage and not on any government programs.

The amount of the tax credits have not changed and are below:

Now, unlike the leaked discussion draft, the legislation that will be marked up by Ways and Means on Wednesday will be phased out based on income. The tax credits are available in full to individuals who earn $75,000 or less or joint filers who earn $150,000 or less. The credit is phased out by $100 for every $1,000 over the income thresholds. The tax credits are capped at $14,000 for a family.

Below are the income levels individuals would have to reach to be ineligible for the tax credit:

Annual increases in the available tax credits are tied to the Consumer Price Index plus 1 percent.

Medicaid Expansion - (Section 112 - Energy and Commerce): Medicaid expansion under ObamaCare is repealed effective December 31, 2019 and the Supreme Court's ruling in National Federation of Independent Business v. Kathleen Sebelius, which made Medicaid expansion optional for states, is codified into law. States will be allowed to enroll people under expansion, those who make between 100 percent of the federal poverty level (FPL) and 138 percent of FPL. Beginning January 1, 2020, states could still enroll individuals who would have been eligible for Medicaid expansion, but states will receive only pre-ObamaCare funding.

States that did not expand Medicaid would receive a share of $10 billion over five years, which is described as a "safety net." The share would be determined based on the number of individuals with an annual income below 138 percent of FPL in 2015. States could still opt-in to Medicaid expansion, but states would not be eligible for the safety net funding.

Section 121 creates per capita Medicaid block grants to states beginning in FY 2020. The amounts states receive will increase annually based on CPI for medical care, which is higher than traditional CPI.

Continuous Coverage Mandate (Section 133 - Energy and Commerce): This particular provision is otherwise known as the "Republican version of the individual mandate." Basically, if an individual fails to keep continuous coverage for more than 63 days, a health insurance company could charge them an additional 30 percent on top of their health insurance premium for 12 months as a penalty. Some would say that this really is not an individual mandate, but it has the same function, which is to coerce people to buy coverage to avoid a penalty.

Cadillac Tax (Section 7 - Ways and Means): ObamaCare's 40 percent excise tax on health plans that cost $10,200 or more for individuals and $27,500 for a family, known as the "Cadillac tax," is not repealed. The Republican version of the Cadillac tax, which was an excise tax on the top 10 percent most expensive employer-sponsored plans. While Republicans have scrapped those plans, they only want to delay ObamaCare's Cadillac tax until January 1, 2025.

Mandatory Spending (Section 132 - Energy and Commerce): Formerly known as "State Innovation Grants," House Republicans have opted to go with the "Patient and State Stability Fund," which would provide grants to states to give assistance to individuals with preexisting conditions and high-risk consumers. These funds can be used to setup state high-risk pools or to reduce out-of-pocket costs for these consumers. Between 2018 and 2026, states would receive $100 billion worth of grants from the Patient and State Stability Fund. These funds would be expended based on certain criteria. Still, this is a large chunk of dollars, far above the $25 billion for state innovation grants in House Republican blueprint that was rolled out in June 2016.

We're still reviewing the text from the committees, but the concerns above are what we found in our initial pass through of the bills. We had hoped that we would see a radical departure from the leaked discussion draft. Unfortunately, that is not the case. We hope that the committees in the House will improve the legislation before it goes to the floor for a vote.

If you would, please sign and post this link to your social media feeds. I just created the petition today. It needs 150 signatures for it to go public on the Whitehouse.gov site. After that, I'm sure it will gain momentum.

This bill, an outrageous insult to conservatives who put these morons into power, does NOT need to be refined but thrown in the trash where it belongs. Ryan and his fellow rinos have betrayed us again and I am SICK & TIRED of their repeated betrayal!

Throw Ryan out with this bill then put in REAL conservatives, NOT covert democrats.

If you would, please sign the petition and post this link to your social media feeds. I just created the petition today. It needs 150 signatures for it to go public on the Whitehouse.gov site. After that, I'm sure it will gain momentum.