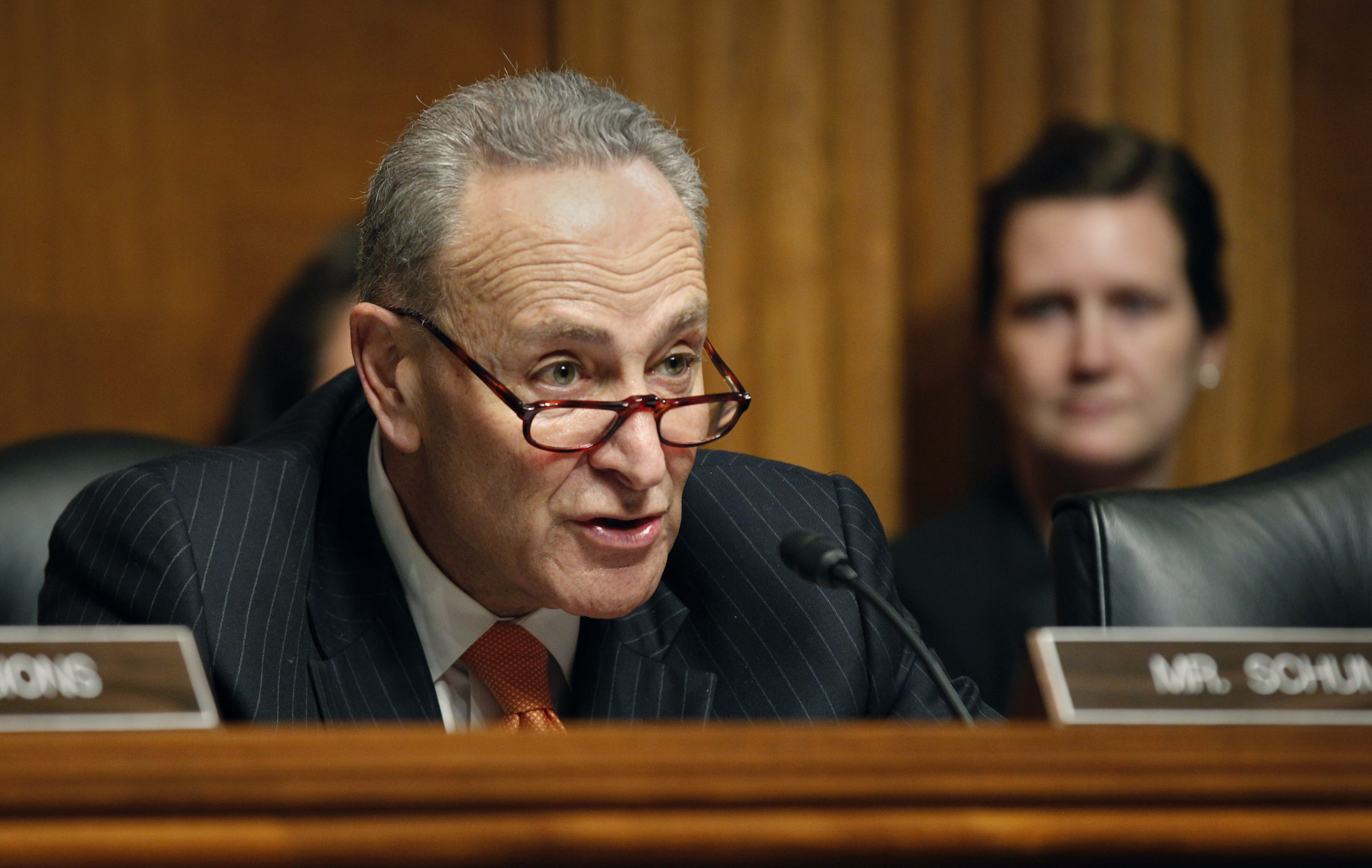 Republicans have pointed out that most Americans receiving the greater benefits are making more to stay home than they had in previous jobs. A recent analysis conducted by the Becker Friedman Institute at University of Chicago found that 68 percent of unemployed workers make more on unemployment than in the labor market. As the number of job openings increase, this lack of available workers has raised concerns.

So the Coronavirus Relief Fair Unemployment Compensation Act, which is the legislation offered by Republican Senators Ron Johnson of Wisconsin, Mike Braun of Indiana, and Rick Scott of Florida, would provide each state either $200 weekly unemployment benefits, in addition to state benefits, or some additions to previous wages limited at $500 weekly.

Schumer criticized concerns about the deficit. The Congressional Budget Office scored the unemployment insurance provisions of the Cares Act at $268 billion. Republicans also have concerns with the Heroes Act offered by House Democrats that would extend such greater benefits for another six months. After blocking the smarter legislation by Senate Republicans, Schumer tried to pass the Heroes Act by unanimous consent.

Considering that Congress sent four other coronavirus relief packages at a cost of more than $2 trillion, the concerns about the deficit are justified. As we have calculated, the deficit for this fiscal year alone would actually be the seventh largest economy in the world. Further, Congress may still pass one more relief package this fiscal year. We wish Republicans cared for federal spending all the time instead of when convenient.

Schumer did not stop with bashing Republicans over the unemployment benefits. He brought the Tax Cuts and Jobs Act into the discussion. “Now we hear talk from the other side that this increases the deficit. We cannot spend money,” Schumer declared. “I would remind them of the $1 trillion tax cuts for the rich. No one thought about the deficit then.”

The irony is that both Schumer and House Speaker Nancy Pelosi want to repeal the limited state and local tax deduction in the new relief package that mostly benefits high income earners from blue states like California, New York, and New Jersey. Before the Tax Cuts and Jobs Act, those filers who itemized on returns could claim the state and local tax deduction to reduce their overall liabilities. Indeed, the Tax Cuts and Jobs Act limited the deduction of $10,000 to offset these losses in revenue.

To be clear, the top 3 percent of earners pay more than half of the income tax liabilities. They pay more than their fair share. But the federal tax code should not be used to subsidize the burdens of states with high tax rates, providing shelters from these burdens only for the wealthy. Schumer and Pelosi may rail against tax cuts for the rich, but the constant hard work to repeal the limited deduction does exactly that. Such moves amount to a bailout for blue states at a cost to the rest of the country.

Jason Pye is the vice president of legislative affairs with Freedom Works.