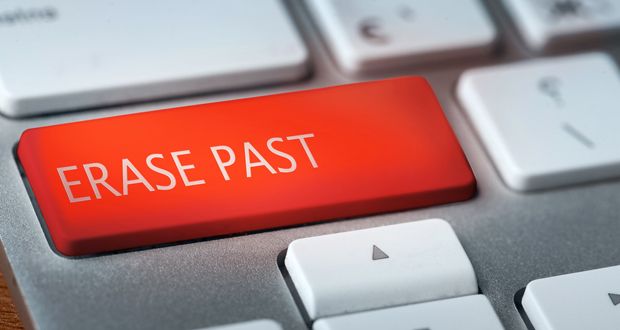 The Internet, the information highway to accessing just about anything imaginable these days within the blink of an eye. It has come a long way since its humble beginnings and is now home to a wealth of information, both public and personal.

With all of this free-flowing information that the Internet provides us, there are increasing concerns over privacy. Individuals turn over a great deal of personal information every time an online purchase is made, a bill is paid, or a social media outlet is used. Personal information can be easily accessed by the government, certain businesses, and even hackers. The saying “once it is on the Internet, it is there forever” seems to hold true, as more and more we see information on the Internet coming back to wreck havoc on an individual’s professional or personal life.

Americans want to be able to post their lives on public forums while maintaining their privacy rights at the same time. It comes at no surprise then, for the recent push for “the right to be forgotten” on the Internet in the U.S.

This past Tuesday, a consumer group came out against Google asserting the right to be forgotten. The advocacy group filed a complaint with the Federal Trade Commission against Google, arguing Google should allow users the ability to have information about them taken down from search engines. The complaint stated “Google is misleading consumers in the United States by saying it is devoted to privacy without offering the so-called ‘right to be forgotten.’”

The “right to be forgotten” is a request European users can take advantage of thanks to a 2014 court ruling. The European court ruled “that Google had to remove search results from individuals when asked, if the results are irrelevant, outdated, or otherwise inappropriate.” The new rule does not necessarily delete information from the Internet, but rather makes it so a search engine does not link to it. Since its implementation, Google has received nearly 1 million requests to remove links from its search engine.The EU’s rule, however, has been labeled as controversial censorship.

According to the consumer group complaint “...requesting the removal of a search link from one’s name to irrelevant data under the Right To Be Forgotten (or Right to Relevancy) is an important privacy option.” The complaint goes on to say, “[d]escribing yourself (Google) as championing users’ privacy while not offering a key privacy tool — indeed one offered all across Europe — is deceptive behavior.”

The question then remains, is the right to be forgotten actually a right the U.S. should consider? According to FTC Chairwoman Edith Ramirez, the “‘expansive ‘right to be forgotten’ is not something that’s likely to pass Constitutional muster here in the United States because there is a First Amendment right to both access to public information and freedom of expression.’” The notion “forgotten” is not meant in its literal sense, but instead censoring the unwanted content from a person’s past that may surface at a later date. In response, Google holds the position that “it’s a ‘neutral intermediary’ and not in the business of censorship.”