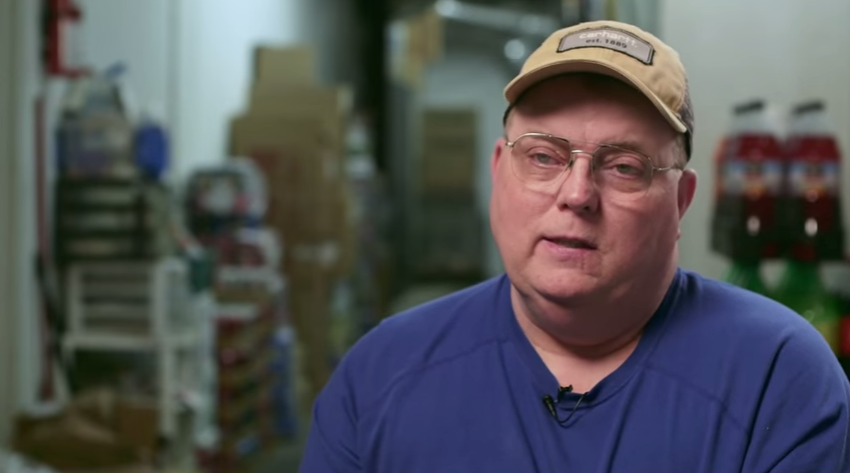 Lyndon McLellan is the owner of a convenience store in Fairmont, North Carolina, a small town just up I-95 from the state's border with South Carolina. On the advice of a bank teller, McLellan began making deposits below $10,000 to save the bank burdensome paperwork required under the Bank Secrecy Act, a 1970 law aimed at deterring money laundering and a host of other crimes, including illicit drug activity.

While the reporting requirements are meant to detect potentially shady cash transactions over $10,000, most people -- including bank tellers, apparently -- don't realize that frequent deposits under $10,000 can catch the attention of the Internal Revenue Service. The powerful tax agency views this sort of activity as an attempt to "structure" deposits to avoid the reporting requirements. The law may be well-intentioned, but it has become an excuse to target legitimate and completely innocent business owners.

In July 2014, with no warning, the Internal Revenue Service seized the $107,702.66 in McLellan's bank account. He was informed by federal and state law enforcement who walked into McLellan's store to notify him. “It took me 13 years to save that much money," McCellan said of the seizure, "and it took fewer than 13 seconds for the government to take it away.”

In response to an October 2014 New York Times story on abuse of civil asset forfeiture against innocent business owners, the IRS announced that it would no longer seize and seek forfeiture of innocent people's bank accounts where structuring is the only illegal act suspected, except in cases with "exceptional circumstances." In December, the federal government began a forfeiture proceeding against McLellan's cash.

"Are you saying that under the new policy, you have to aver that we have probable cause to believe an illegal act is taking place other than the act of structuring?" Holding asked. "Yes," Koskinen replied.

Holding followed-up to ask Koskinen if he was certain, to which the IRS commissioner replied, "That's what I'm advised by the people who run the Criminal Investigation Division."

Holding brought up McLellan's case, noting that "[t]here's no allegation of illegal activity, other than the act of structuring." Koskinen said, "If that case exists, [the Criminal Investigation Division is] not following the policy."

The internal policy change the IRS took -- and later ignored, apparently -- is only one administrative step that addresses the outcry against civil asset forfeiture. The Justice Department, in March, restricted use of civil asset forfeiture in cases where structuring is the only offense. "Under the new policy, in the absence of criminal charges, judicially authorized warrants to seize bank accounts involved in structuring can only be obtained if the prosecutor first develops probable cause of additional federal criminal activity and that determination is approved by a supervisor," the Justice Department said in the announcement.

The policy change contained a rather noticeable loophole, allowing a US Attorney to seek seizure of cash if senior Justice Department officials believe that the "seizure would serve a compelling law enforcement interest." The policy change also requires that a criminal or civil complaint be filed against the seized cash with 150 days, after which the full amount must be returned to the owner.

The Institute for Justice is representing McLellan, who was never charged with a crime, in federal court. Unlike most people who walk away rather than fight a difficult and costly battle with the federal government, McLellan refused a settlement in which a combative assistant federal prosecutor, Steve West, who wasn't happy that the case was mentioned in a congressional hearing, offered to return half of the seized cash.

"At your request, I provided you a copy of the application for seizure warrant, which remains under seal with the Court, and now it appears it has been made available to a congressional committee? I do not know who did that, and I am accusing no one, but it was not from our office and could only have come from your clients. That was certainly not my intent in making this available," West wrote to McLellan's attorney. "Whoever made it public may serve their own interest but will not help this particular case."

"Your client needs to resolve this or litigate it. But publicity about it doesn't help. It just ratchets up feelings in the agency," he continued. "My offer is to return 50% of the money. The offer is good until March 30th COB."

Whether West is ignoring the policy changes or exploiting a loophole remains unclear, but McLellan continues to fight this federal government overreach and try to operate his business. "The IRS says this is wrong, and all I want is for the government to follow the new rules in this case," said West. "Nobody is above the law, not even the federal government. "If they're wrong, they're wrong. And I feel like this is wrong."