IRS Takes One From the NSA Playbook

The IRS has been the nation’s tax officer for more than a century, and tax collecting is what it has always done, until now. The IRS is being placed in charge of enforcing ObamaCare, the President’s signature legislative accomplishment. Now that the American people have had a chance to read the law, a majority still oppose it, and a near-majority would support defunding it. Another thing the American people have recently discovered is that the IRS has been systematically discriminating against Conservative and Tea Party non-profits. The IRS is an agency out of control. They don’t need more influence over our lives and they don’t need the power to interpret legislation.

In order to make sure every word of the nearly 20,000 pages of law and regulation are followed, the IRS will undergo a dramatic expansion. The very same IRS that used partisan tactics to abuse conservative organizations will now have sweeping power to enforce ObamaCare and sift through an unprecedented volume of our personal data.

In order to ensure every citizen complies with the new regulation, the IRS has asked Congress for funds to hire more than 2,000 new agents. These workers will sift through vast arrays of data and making sure each and every American complies with each and every regulation and pays each and every ObamaCare fee. This data will be gathered together at a “data hub” run by the Department of Health and Human Services. This Healthcare Hub is very similar to the massive databases that are used by NSA’s Prism spying project.

The HealthCare Hub that the IRS has access to is like a gigantic index, akin to what you would find in the back of any book. The IRS doesn’t store any data in the Healthcare Hub, but it has the indexes for databases of all the major federal agencies and private healthcare insurers. They will be granted the ability to ‘look up’ and retrieve any individual bits of data whenever they want. Although the Healthcare Hub is not strictly a database per se, to insist that it is ‘merely a hub’ is a distinction without a difference.

The IRS will have ‘indexes’ to databases for the Justice Department, Health and Human Services and Social Security. They will be able to pull information on the organizations that are subject to and administer the state healthcare exchanges. And of course, being the IRS, they will have the financial and tax information of every American and same powers they have always had (and abused). This will allow the IRS to expand its duties far beyond anything it has undertaken before.  The employees of the IRS have never undertaken a role this data intensive, in other words “they are outside their core competency”.  There are actually doubts that the IRS can handle all this information securely and keep the sensitive health and financial information of all citizens from being hacked.

The IRS will have such a breadth of data available on every citizen that it will easily, much like the NSA’s Prism project, use its metadata to find trends and patterns. Integrated together, the collection of metadata can easily be used to make statistical predictions about you that that are much more revealing than any individual piece of data the IRS has. The IRS will be doing much more than tax-accounting; for the first time, the IRS will be in charge of large-scale compliance with and interpretation of the law. They will impose tax penalty fees on people who don’t purchase what they deem to fall short of “minimum essential coverage”. They will also use the Healthcare Hub to decide whether employers and individuals have “acceptable” coverage.

It’s not only reasonable to believe that thousands of federal bureaucrats with access to our sensitive personal data will use political partisanship to do their job, it is certain. We must work with all haste to defund ObamaCare and make sure the IRS is not given even more tools and powers to target the administration’s political enemies.

TAKE ACTION: Keep The IRS Away From Our Health Care 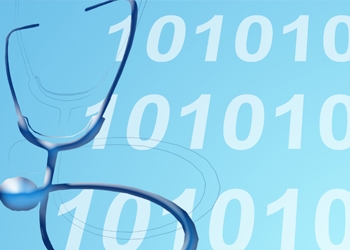 Lenin, the first Russian Premier, is said to have attributed 90% of comunizing a country to central banking. (Plank number 5 in the Communist Manifesto) This is our Federal Reserve. And I know I'm generalizing here but it seems the other 10% must be a progressive income tax, administered to us by the IRS, (Plank number 2 in the Communist Manifesto).
Now given that control freaks tend to gravitate to government, this supplies them with more information with which to do their dastardly deeds. And since Sun Tzu put it down in writing, thousands of years ago, it has been known that all struggle is economic. And since the IRS violates the financial privacy of every household in their jurisdiction, Implementing the two gives control freaks the full spectrum of macroeconomic and microeconomic information. And don't forget that old adage: Information is power.
Add to this the health information of every man, woman, and child in the country and the control freaks are that much closer to total control. All that would be needed now is to chip everyone with some feedback device such as an RFID to track one's whereabouts 24/7 on planet Earth.
At least we were warned of this last item thousands of years ago in the book of Revelation. Of course we were warned of lots of things we paid no heed to.