Joe Biden Is No Moderate 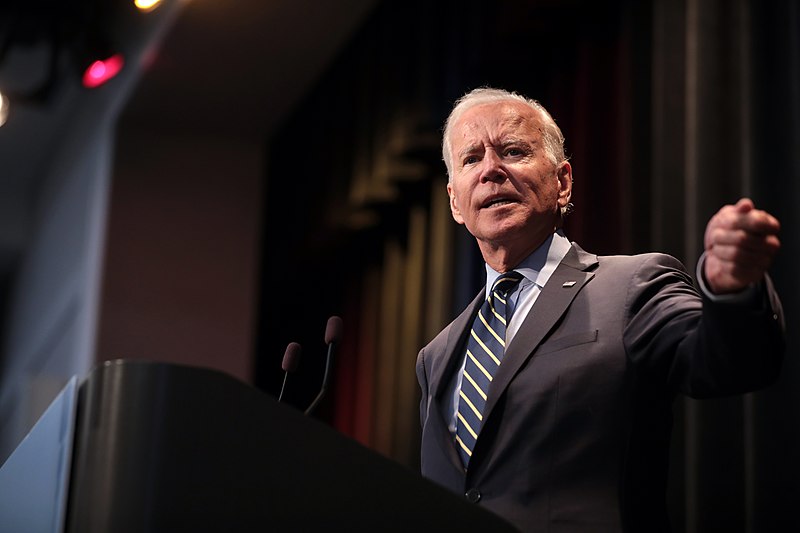 Joe Biden’s agenda, like his incoming White House staff, borrows heavily from the Obama years, but with a far-left progressive spin where it matters most. It was the Obama administration, in a bid to “fundamentally transform America,” that moved the overton window from the “Reagan consensus” that respected small government principles to the all-encompassing European-style welfare state. Obamacare was a significant step in this direction, and Biden has made it clear that he wants to build upon it. If anything, he enters office further to the left of President Obama, despite his “back to normal” campaign rhetoric.

Biden wishes to strengthen Obamacare by creating a “public option” that will undercut private insurance. The systematic destruction of thousands of private sector jobs is in no way moderate, nor is coercing Americans to sign up for a federally mandated plan.

Biden also has made clear he wants to repeal the Tax Cuts and Jobs Act (TCJA). Despite consistently peddling the line that nobody making under $400,000 would see an increase in their taxes, this is simply not true should the entire TCJA be repealed, as he also consistently calls for. What is moderate about raising taxes on the vast majority of Americans? What is “middle of the road” about making American families pay $1,000 more in taxes that could have been spent on school supplies, some great Christmas presents, a memorable vacation or simply covering the bills?

On energy and the environment, Joe Biden has truly gone all-in for some long time progressive agenda items. In addition to banning fracking and ending the jobs of thousands of natural gas workers in the Commonwealth of Pennsylvania, Biden’s policies borrow heavily from self-avowed socialist Rep. Alexandria Ocasio-Cortez’s Green New Deal. Included in Biden’s climate plan are initiatives for “environmental justice” as well as a national clean energy standard. Just a few years ago, these would have been panned as pie-in-the-sky goals for radical environmentalists. Now, they are poised to find a new home at 1600 Pennsylvania Avenue.

To make matters worse, Biden aims to enact this radical climate agenda through executive fiat. His camp has already begun to prepare a “flurry of executive orders” by which to circumvent the legislative branch of government. This is a tacit admission to the fact that Biden’s agenda is so radical, it could not even be passed through Congress. It also ignores the separation of powers critical to protecting and keeping our republic. Making matters worse, having Senator Harris by his side will only enable this governance by pen.

Harris made her willingness to ignore the will of Congress apparent in a 2019 CNN town hall, saying if elected president, she would give Congress 100 days to pass “reasonable gun safety laws,” but that “If they fail to do it, then [she] will take executive action.” Rest assured that she will encourage Biden to do the same, on any number of issues. America cannot afford nor should it stand for such erosion of our nation’s fundamental institutions.

Biden’s war on the American private sector is also evidence of his radicalized agenda. His wish to “end shareholder capitalism” reflects a serious misunderstanding of how investing and retirement savings actually work. Investment is what has made America the prosperous nation it is today, and Biden himself has benefited from it as well. All Americans should have this opportunity to prosper, not have it taken away from them in the name of radical progressivism.

Fortunately, with how slim the margins in Congress are, Biden will essentially enter office as a lame duck. What this does mean, however, is that Vice President Harris is really the one in the driver’s seat. One of the most liberal senators, she will be the real center of power for the Biden Presidency. Her hyper-progressivism is no secret, with even GovTrack.us ranking her as the most liberal senator in 2019, further left than even “democratic socialist” Bernie Sanders and renowned anti-capitalist Elizabeth Warren.

Considering that Harris’s positions are far more radical than even what Biden has agreed to, we can see where the next administration is headed. Packing the court, abolishing the electoral college, and pushing for Medicare for All are on the horizon.

In his bid to appease Kamala Harris and the far-left wing of the Democratic Party, Joe Biden has signed onto a progressive wish list of an agenda and in doing so has thrown any sense of moderation to the wind.