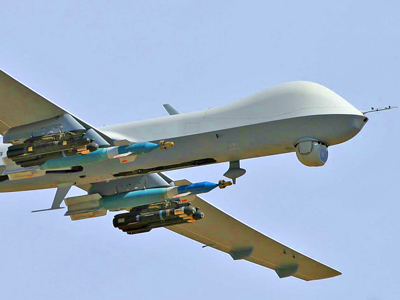 As one of our over 6 million FreedomWorks members nationwide, I urge you to contact your senators and ask that they vote NO on the nomination of David Jeremiah Barron to the United States Court of Appeals for the First Circuit. FreedomWorks staunchly opposes the potential judgeship of Mr. Barron based on the integral role he played in developing legal memos that authorized the targeted killing of American citizens overseas by the U.S. Government.

In 2011, a man named Anwar al-Awlaki, a U.S. citizen born in New Mexico, was deliberately killed in the country of Yemen by a missile fired from an aerial drone operated by the U.S. Central Intelligence Agency. While he was thought to be a senior leader of the terrorist organization al-Qaeda and had been accused of inspiring and supporting several attempted attacks against U.S. citizens and interests, al-Awlaki had not been tried or convicted of any crime before he was executed by the government. In addition, al-Awlaki was not engaged in any live combat or in the act of carrying out a terrorist attack at the time of his assassination.

These are the facts and, without a doubt, they present an exasperating situation that tests the resolve of each and every American concerned with both the security of our nation and the laws that make it the unique experiment in liberty that it is. That being said, the protections enshrined in our Constitution, especially those afforded to each of us as citizens should we be accused of a crime, could not be clearer. As laid out in the Fifth Amendment to the Constitution in the Bill of Rights, no citizen shall be “deprived of life, liberty, or property, without due process of law.” In this case, it is readily apparent that al-Awlaki was afforded no such protection.

To any person with even a basic understanding of this sacred principle, it should be obvious that the use of lethal force against any U.S. citizen who does not pose an immediate danger nor has been tried and convicted of a crime is a glaring violation of our Constitution. Unfortunately, this seems not-so-obvious to President Obama and his latest nominee to hold a judgeship on the First Circuit Court of Appeals. David Barron, while serving as the Acting Assistant Attorney General for the Office of Legal Counsel within the Department of Justice between 2009 and 2010, authored at least two memos used to justify the eventual drone strike that killed al-Awlaki. While these memos have been made available to the Senate, they remain hidden away from the general public.

Our legal system in the United States is unique. We live in a Common Law system, where judges hold the ultimate authority to create and interpret law –bound only by precedent set in similar disputes. Regardless of their specifics, these memos facilitated a gross miscarriage of justice and blatant violation of the Constitution. Anyone with such a fundamental misunderstanding of our nation’s governing document and the rights it guarantees has no place arbitrating it. Therefore, the memos’ author, David Barron, should not be ascended to such a position where he will be charged with interpreting the Constitution and setting future precedent for the remainder of his life.

For these reasons, I urge you to call your senators and demand they vote NO on nomination of David Jeremiah Barron to the First Circuit Court of Appeals. We will count their vote as a KEY VOTE when calculating FreedomWorks’ Freedom Scorecard for 2014. The Scorecard is used to determine eligibility for the FreedomFighter Award, which recognizes Members of Congress who consistently vote to support freedom and personal liberty.

0
06/25/2015
"Where are they Now?"
"https:\/\/www.freedomworks.org\/content\/where-are-they-now-tenuous-legacy-bill-rights?social=facebook_share"
"This Independence Day, FreedomWorks looks at how the Bill of Rights has stood up over time."
https://fw-d7-freedomworks-org.s3.amazonaws.com/styles/thumbnail/s3/field/image/Bill%20of%20Rights%20Blog.png?itok=xiPQ1fkZ
Blog

Due Process, not Drone Process: FreedomWorks Stands With Rand to Protest the Barron Nomination

Tapping the New -- Civil Liberties -- June 27 The FBI Uses Drones for Surveillance on U.S. SoilThis is just the beginning of domestic drone use by US enforcement agencies"FBI director Robert Mueller said Wednesday that the nation's top law enforcement bureau uses drones to conduct surveillance on U.S. soil, though only on a "very, very minimal basis.""The article goes on to say that...

Senator Rand Paul showed a great amount of courage when he filibustered John Brennan’s appointment for CIA director on the Senate floor yesterday, following the Obama administration’s refusal to answer whether or not it is constitutional for the government to kill U.S. citizens on U.S. soil with drones. The answer should be simple: no. It is a blatant violation of the Constitution and it stands against everything this country was founded on for the government to kill any citizen without a trial or due process.