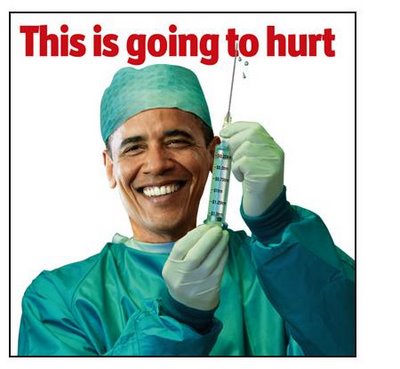 A lot of people who received subsidies from ObamaCare in 2014 are finding out that the Affordable Care Act is forcing them to pay that money back to the Internal Revenue Service because the administration did a poor job of spreading important information.

When individuals enrolled in the program at the beginning of last year they had to estimate their income for 2014. The amount of the subsidy that the individual would receive was based on this estimate. Some people thought they could get away with receiving higher monthly subsidies if they intentionally estimated a low income for 2014, while many others simply had no idea what their incomes would be.

What many of these people were not aware of was that they were responsible for informing the government if they had an unexpected rise in their incomes that would invalidate their original estimate. If somebody’s income rose past their original estimate and they did not report it, then they would have received a larger subsidy than the law allowed. ObamaCare officials did not make this information well-known, and now people are paying the price for it.

For example, Janice Riddle is a woman from California and couldn't believe it when she found out she would owe the IRS money. “I was blindsided that the subsidy has to be paid back,” she said. “I’m in shock…but I have no choice. Do I want to argue with the IRS or the Obama administration?” She has to pay back her entire subsidy, which came out to $470 per month.

Her case is not an isolated incident. For example, early data from some taxpayers shows that 53 percent of Jackson Hewitt clients who received subsidies will have to repay part or all of their subsidies–not a trifling sum, since the average monthly subsidy in 2014 was $264. The largest amounts owed in repaid subsidies so far reach as high as $12,000 .

Some of the people whose subsidies have been reduced or lost can no longer afford the full cost of their monthly premiums, so they are choosing to go without health insurance this year. Sadly for these individuals, the individual mandate penalty for being uninsured (which could be as high as $975 per person next year) suddenly looks like a bargain compared to the true cost of ObamaCare’s unaffordable insurance.

Instead of making health insurance more affordable, ObamaCare is merely transferring costs onto taxpayers. When the subsidies are taken away from people, it's clear that premiums are way more expensive than officials in the government are leading people to believe. It's an incredibly complicated law and has been impossible to implement without causing headaches and damage for millions of people.