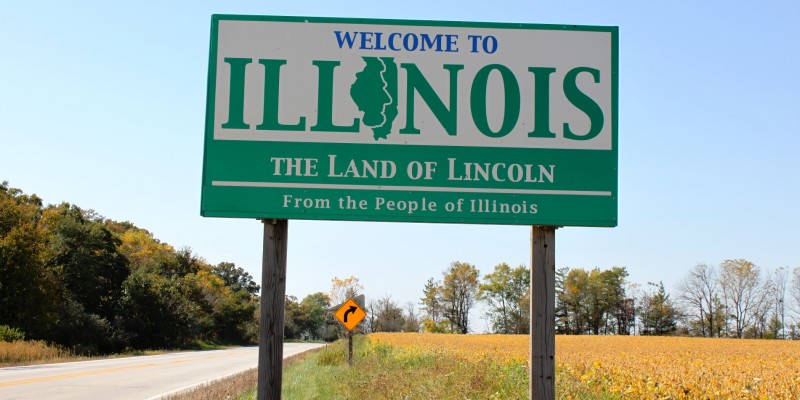 Both bills promoted education by affording nonviolent offenders in Illinois incentives to complete their education while serving time. HB 3884 aimed to allow nonviolent offenders an opportunity to earn degrees, awarding inmates 90 rather than 60 days of sentence credit to those who passed the high school equivalency test. HB 3149 moved to permit individuals who earned a degree while serving his or her prison sentence the permission to petition to have their criminal records sealed, effectively working alongside HB 3884.

Both bills passed through the Illinois state legislature and onto Governor Bruce Rauner’s desk. HB 3884 and HB 3149 were signed into law last summer and went into effect earlier this year in January.

As state leaders move to implement positive change within the state’s justice system, it is of no surprise that Illinois voters are of the same mindset. The Illinois Policy Institute surveyed 500 voters in the recent poll. The results demonstrated that 58 percent of Illinois’ registered voters felt the state’s justice system was ineffective at keeping communities safe, while 56 percent believed the current system to be unfair.

Additional results revealed further desire for reform. According to the poll, 88 percent of voters support giving judges discretion in sentencing and moving away from a heavy dependence on mandatory minimums. Civil asset forfeiture was also addressed with 89 percent of voters opposing the practice.

A continuous trend displays support amongst Democrats, Republicans, and Independents regarding justice reform at both the state and federal level. This trend is also present within Illinois, apparent through the state’s implementation of significant justice reforms such as the decriminalization of possession of small amounts of marijuana, opening up licenses for health care professionals with certain felony convictions after a post-conviction waiting period, and enabling former offenders the ability to acquire licenses within the barbering, cosmetology, roofing, and funeral services fields. As Bryant Jackson-Green, criminal justice policy analyst with the Illinois Policy Institute, noted, “Despite widespread political polarization, Illinois voters are in agreement on at least one thing: the need for bold criminal-justice reform.”

Even with recent justice reform successes within the Prairie State, there’s still plenty of room for improvement. With a nearly 50 percent recidivism rate, Illinois can benefit from further reform within its criminal justice system. The voter support is present and the necessary leadership is in place – all promising signs for significant reform that will surely enhance public safety and lower state costs.