With March 31st Deadline Looming, Obamacare Still Falling All Over Itself 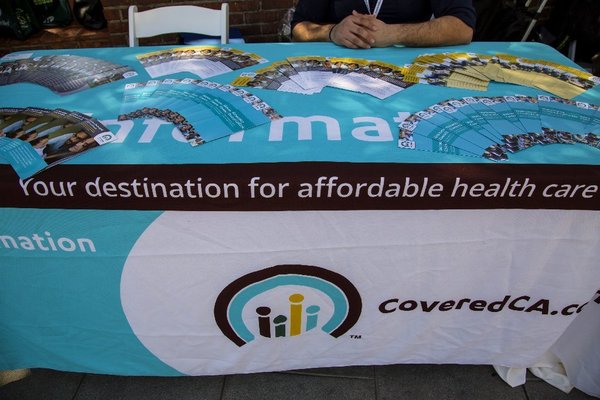 As the first round of open enrollment for Obamacare draws to a close, the president and his senior staffers are desperately pitching it to the demographic they most need, often to the exclusion of seemingly weightier matters.

Calling the current state of the Patient Protection and Affordable Care Act problematic would be generous. From almost every perspective, if this thing is ever going to work, it is going to be in the distant future. On the fourth anniversary of its enactment, the law isn't exactly popular with the American public.

Although Clintonista Robert Reich is experiencing some delirium and asserting that all is well, a quick examination of some of the various bumps in the road is in order.

Before anything had actually happened, Paul Krugman touted California as proof that all would be well with Obamacare. The Golden State was supposed to be the large population test that would signal smooth sailing for everyone else. It's going so well in California that, in the critical weeks leading up to the deadline, half of the callers to the state exchange just gave up. This isn't web site glitchiness, this is basic call center functionality, a skill that was perfected decades ago in the private sector.

Oregon was another all-too-happy to jump on the Obamacare bandwagon state. On Thursday, its physician-turned-chief executive had to confront the train wreck exchange problems in his state.

Yet for all that, by some measures Oregon has among the most dysfunctional online insurance exchanges in the nation. Only about 50,000 people in Oregon have signed up for a commercial insurance plan through the exchange, well below the state’s goal, according to federal estimates. And almost all of those people enrolled using paper applications or with help from an insurance professional because the website had been so unreliable.

On Thursday, a grim-faced Mr. Kitzhaber released a new report, commissioned by the state with a private company, that underscored how systemic Oregon’s failure has been. The report found fault not only with the code-writers at Oracle, the software company contracted to build the site, but also with the state managers who overlooked or minimized repeated warnings that the system they had asked Oracle to build was too complex.

“Bad news needs to flow up quicker than any other kind of news — it’s true here, it’s true in the emergency room,” Mr. Kitzhaber said at a news conference in his office. He said that he had discussed with federal officials the possibility of reducing federal penalties for people who have not been able to enroll, and that other options were on the table, including abandoning Oregon’s system entirely and using the federal website, or another state’s. With a March 31 deadline for first-year enrollment looming, the online exchange, Cover Oregon, is still unable to process an applicant from start to finish without help or paperwork.

He also accepted the resignation of the acting executive director of Cover Oregon — two previous executives have left since December — and said that legal action was being considered to recover some of the tens of millions of dollars already paid to Oracle.

There is also the fact that the news isn't doing anything to allay ongoing worries about privacy.

When one looks away from the various nuts and bolts problems experienced by the state exchanges, the larger picture doesn't get any better. It seems that the "Affordable Care Act" isn't so affordable, despite the claims of the administration.

While Robert Reich and a host of other government types who don't really need to worry about health insurance may be in their happy places about Obamacare, the real world isn't availing itself of any rose colored glasses. A glitchy rollout lasts a month or two, not almost half a year. There is no guarantee that bloated bureaucracy will become everything it has never been in the past and introduce efficiency into the process.

The harsh lesson here is that the politics of feelings may sound just peachy during an election year but they don't translate well into policy, especially if you put a rush order in for comprehensive legislation. A good chunk of the American electorate believes that things should be simply because they want them to. This legislation isn't working so far because the people who sold it to the American public did everything wrong in crafting, passing and implementing it. Some say that was intentional so that a pitch for single-payer could then be made.

Others would say it is classic bureaucratic inefficiency.

One thing is certain: this deadline will give the Obama spin machine some extra work.

Unless the deadline is changed, of course.

FreedomWorks’ Statement on Aetna Scaling Back Participation in ObamaCare

Following reports that Aetna plans to significantly scale back its participation in the ObamaCare exchanges, FreedomWorks CEO Adam Brandon commented:

UnitedHealth Group made good on its threat to pull out of ObamaCare markets. The nation's largest health insurance company will pull out of the Arkansas and Georgia ObamaCare markets in 2017. The insurer has not publicly stated why it is leaving the exchanges, but past statements offer some insight into the decision. In short, unbalanced risk pools -- those with older and sicker consumers and a high utilization of coverage -- have led to losses.