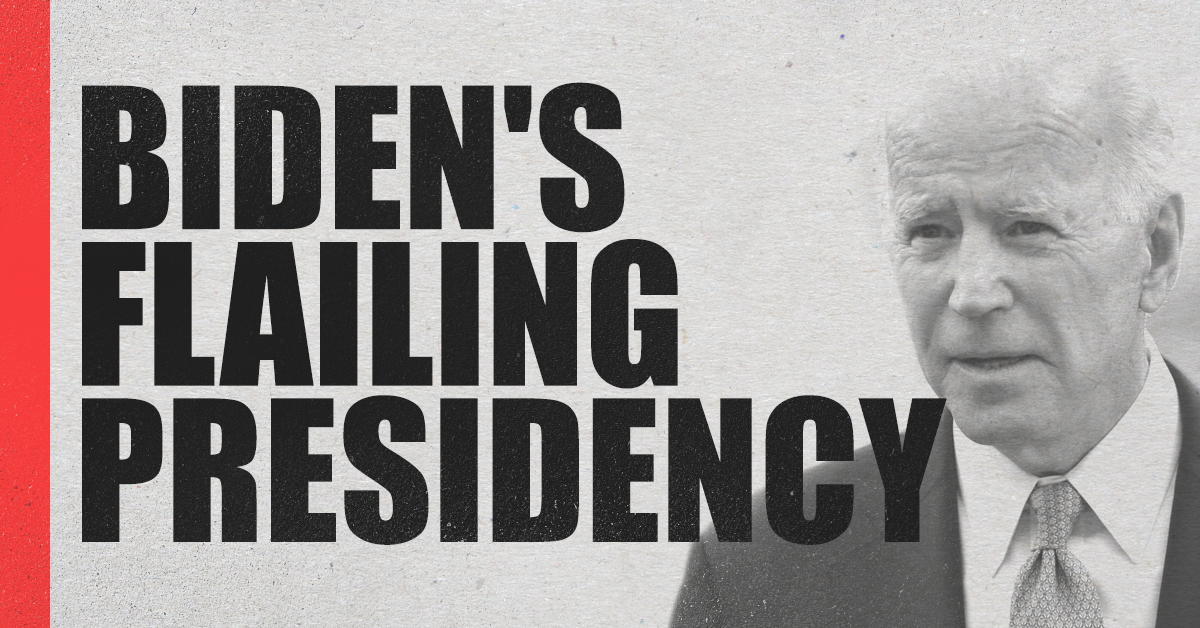 As President Joe Biden’s approval rating plummets, people are wondering how we got to this point.

Part of the answer is clear: censorship from much of the media, both before the election and during Biden’s presidency.

Since he assumed office, the president has been a disaster for the nation. From rising gas prices to record inflation, Biden has undermined economic progress and American energy independence. The border crisis created by this administration is worse than ever. But it's Biden’s failed Afghanistan withdrawal that will surely go down as one of the most shameful moments in our history.

Until now, the media have attempted to protect Biden from negative coverage. Most notable was the media’s attempt to discredit the New York Post’s bombshell story on Hunter’s Biden laptop. That played a critical role in ensuring Biden didn’t lose support right before the election.

A poll found that nearly 10% of Biden’s supporters might have stopped backing him if they were aware of the laptop story before they voted. Because of an unprecedented censorship campaign launched by social media companies just weeks before the election, and a refusal by many media outlets to discuss the story, millions never heard about it.

As the media kept their focus nearly entirely on former President Donald Trump, people never saw how Biden would handle the pressure and negative coverage of office.

The Biden administration now has no real response to any criticism directed its way from reporters apart from hiding and deflecting. Officials aren’t used to any hostility from the media. It's clear to anyone watching Biden’s press conferences that he struggles to answer questions if he isn’t reading from a prepared speech or answering prescreened questions. Heaven forbid a preselected reporter go off-script, as NPR’s Scott Detrow did, which seemingly resulted in Biden abruptly ending his press conference.

While they’re busy asking questions about Afghanistan, the media should also be inquiring into yet another scandal involving Hunter Biden and his ties to the White House. Imagine the media outrage if one of Trump’s sons was selling paintings for up to $500,000 each as part of a seemingly pay-for-play scheme within the White House. We’d never hear the end of it.

Yet, that’s exactly what’s happening in Biden’s White House, and it isn’t just conservatives speaking out about it. Even former President Barack Obama’s former ethics watchdog and prominent leftist, Walter Shaub, admitted that buyers are really paying for Hunter Biden’s "last name," not his art.

If the media were honest, America would have almost certainly avoided a Biden presidency and the harm it has caused the nation. Sadly, because of their obvious loyalty to the Democratic Party, the media did all they could to make sure that Biden made it to office.

Unfortunately, we seem to be stuck with Biden for another three years, short of Vice President Kamala Harris finishing out his term. Regardless, without the media's backing, there’s little doubt Biden’s political career would’ve ended with a loss in the 2020 election.

Eight months in, Biden has already done tremendous damage to the country. And aside from Biden himself, nobody is more responsible for that than the media.