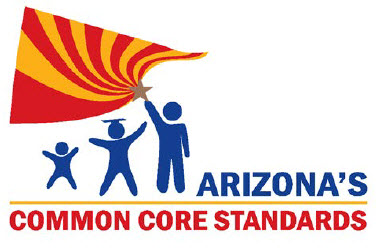 Arizona Common Core: Still in place thanks to these four Republicans.

Republicans have a majority in the Arizona legislature, so there was reason to be optimistic that the bill would pass. It had already cleared the state House by a vote of 34-23 in favor, and made its way out of several committees in order to finally make it to the Senate floor.

Unfortunately, when the votes came down, the bill failed to pass, with 13 ayes, 16 nays, and one Member not voting. Naturally, all the Democrats present voted against the bill, but Republicans had the majority. So what happened?

The vote failed, as so many of these votes fail, because Republicans betrayed the principles of smaller government and refused to stand up to federal bullying when they had the chance. State Senators Jeff Dial, Adam Driggs, Steve Pierce, and Bob Worsley voted to keep the standards that are ruining education for students, parents, and teachers alike.

After the vote, several supporters of the bill stood to speak with passion and conviction on the need to repeal Common Core. Their emotional connection to the cause was palpable, as they expressed their frustration with the failure of their colleagues to see reason and do the right thing. No one who opposed the bill chose to explain their votes. Their silence was deafening.

There will be other opportunities to repeal Common Core, in Arizona and in other states, but until Republicans start listening to the American people and having the courage to stand for education freedom, it’s going to be an uphill battle. As FreedomWorks President Matt Kibbe is fond of saying, sometimes you have to beat the Republicans before you beat the Democrats.

If you happen to live in Arizona, feel free to call up State Sens. Dial, Driggs, Pierce, and Worsley, and let them know how disappointed you are with their votes on HB 2190. The only way they’ll do better next time is if they hear, loudly and clearly, from their constituents.