Melt Their Mentions - The Senate Must Act to Defund ObamaCare

The battle to defund ObamaCare is now in the Senate, and right now, Senator Ted Cruz is on the Senate floor imploring DC to listen. 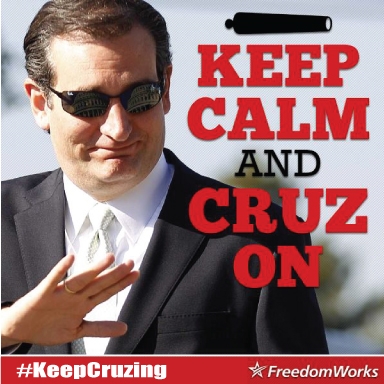 We're hearing that the phone lines on Capitol Hill are jammed and that activists are flooding the voicemail boxes of key Senators.  Great job, but we need to you to keep up the pressure! If they can't hear us over the phone, we need to make them hear us through social media.

You can try to keep calling, using our easy to connect system and tell Senators NO cloture, NO funding of ObamaCare.

Also, below is a list of the twitter handles of key Republican Senators who need to hear from you now.

Share this list and tweet these Senators.  Tell them that you support Senator Ted Cruz and that you want to #MakeDCListen and protect Americans from ObamaCare. #KeepCruzing Ted, we're behind you!

Thanks in advance for your action on this.  If they won't take our calls, we need to melt their mentions!  #KeepCruzing Senator Cruz!

Where's Mitch McConnell? He need it too.

Tweeted them all and some key Dems as well, i.e. majority leadesrhip. Can't hurt.

Doesn't seem to have a personal one; these will do: @McConnellPress and @Team_Mitch