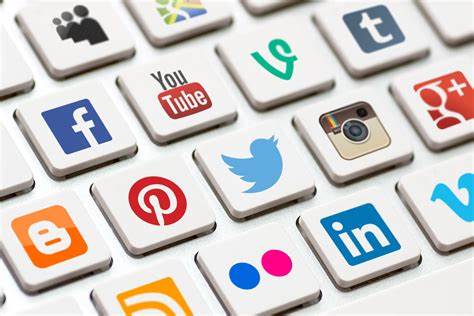 Most of the Communications Decency Act (CDA) of 1996 has been struck down in court, but Section 230 of that law remains in place. Section 230 holds that interactive computer services (i.e. social media sites) cannot be held legally responsible as a “publisher or speaker” of any third-party speech. In short, Twitter can’t be sued over something someone puts on the platform.

Section 230 has incentivized and allowed social media sites like Facebook, Twitter, YouTube, and others to maximize their platform for as much user content and interaction as possible. That is what’s enabled it to become such a vibrant (albeit a little acidic) medium for debate and communication. Section 230 in actuality prevents these tech giants from having to be the arbiters of every single thing that happens on the site.

This is why it is so ironic that so many self-proclaimed conservatives see repealing Section 230 protections for social media giants as a means to stop censorship. Doing so would actually broaden the scope of censorship. These giants, or even smaller companies hoping to compete with the giants, could not afford to monitor every post, every comment, or every reaction to ensure they’re not in legal jeopardy. They would be forced to shut down anything and everything that even approaches being controversial.

Let’s be clear, however. Twitter and Facebook have brought this anger down on themselves. They have carelessly, and in a clearly partisan fashion, sought to marginalize conservative voices. This is something that is wrong and should be addressed by conservatives. However, it should be done with market forces. Find another platform and force them to be more equitable or lose your business. The answer to this very real problem will not come from the government.

This also brings us back to the initial question and rule of thumb for liberty lovers. Conservatives and libertarians of all stripes denounced the left when they tried to claim the internet was a “public utility” and should thus be subject to net neutrality regulations. Millions of comments from activists everywhere poured in arguing that private companies should be able to set their own policies with regards to their sites and their servers (their property). They were right then.

Conservatives bemoan the infringement on religious liberty when the left claims that Christian businesses should be forced to provide services for people and/or events they disagree with morally. If we were to repeal Section 230 and say that it’s because these social media sites (private businesses in their own right) should have to cater to everyone, we are opening up those religious businesses to be targeted once more and we would have no legs on which to stand.

We also claim to be skeptical of overreaching government power. However, repealing Section 230 or threatening to do so would put the Federal Communications Commission (FCC) in charge of adjudicating commentary online and whether or not social media sites meet the qualifications for Section 230 protections. If that’s not an expansion of government censorship power, I’m not quite sure what is.

Again, we come back to the initial prompt. Do we really think we can insulate the consequences of this action to merely censorship of conservatives online? It’s terrible, yes. Facebook and Twitter should resist their partisan impulses and remain true to what they claim to be. There is no doubt about this. However, if we bring the gavel down on these companies because they aren’t playing by the rules we think they should play by, the left will do the same when they are in power. Given how comfortable they are with big government, they will no doubt do so more ruthlessly and efficiently. We will lose.

Any conservative tempted to score cheap political points at the expense of Jack Dorsey or Mark Zuckerberg should think about what comes next. They should think about whether or not it’s worth it. We are potentially about to embark down a dark road. Instead of weaponizing government, we should adhere to the principles we espouse. Let the market decide. If they get out of hand, let another, more fair social media site rise to take their place. Leave it to the people, not unelected bureaucrats.

I respectfully disagree. If a site operator such as Twitter holds the keys as to what can be posted, then they should be held accountable for what happens on their site. As an example, if someone were to get mugged, raped, shot, etc. in a public park, the city could not be held responsible because they do not control who enters the park. However, should the same crime occur in Disneyland, they would most certainly be at least partly responsibly and culpable. Similarly, if a police force were to randomly incarcerate people, the city could be sued for false arrest or malicious prosecution.

Bottom line...either it (the web site) is open or controlled. Open means they bear no responsibility and cannot be sued. Controlled means they do and can be.

Lastly, your comparisons to net neutrality and religious liberty make no sense.

0
02/24/2014
How to Rock the Super Bowl without a Million Dollar Budget
"https:\/\/www.freedomworks.org\/content\/how-rock-super-bowl-without-million-dollar-budget?social=facebook_share"
null
https://fw-d7-freedomworks-org.s3.amazonaws.com/styles/thumbnail/s3/te_social_media_share/fw_default_0.jpg?itok=35IWEBMb
Blog

We all develop bad habits, especially on our social media platforms where we are largely self-taught. Often, we don’t even know we’ve made a mistake until we see the results — reduced traffic to our site, the mentions column of our Twitter feed blown up like Michael Corleone’s car, an angry Facebook mob storming the comments.