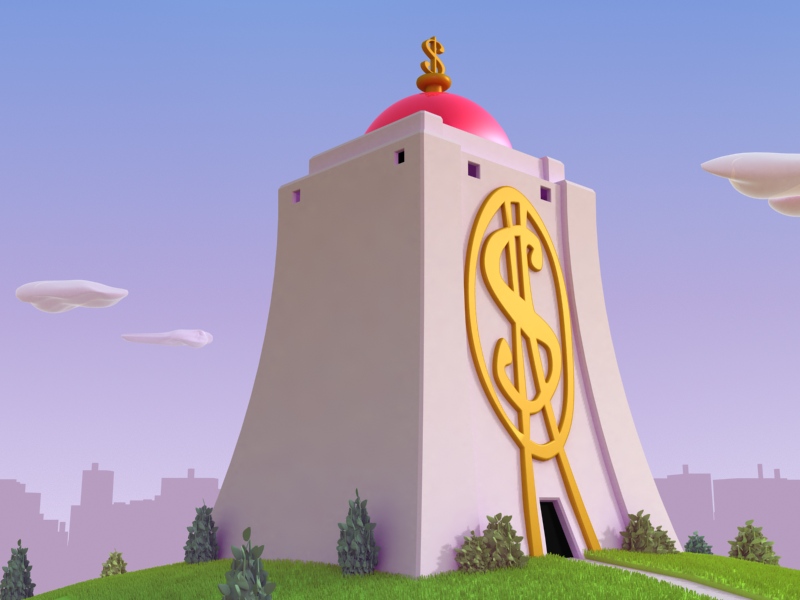 The Houses of Congress are starting to resemble Scrooge McDuck's money bin.

For the first time in American history, the average net worth for members of Congress has exceeded one million dollars. Democrats were worth slightly more than Republicans, but the difference is all but negligible and it is clear that this is a situation that applies to both parties. For many, this may come as quite a surprise. Positions in the federal legislature draw notoriously low salaries, so how are congressmen and women pulling in so much dough?

The answer lies in the dirty little truth about politics that is all too often forgotten in our eagerness to believe the best of our public servants. That truth is that, more than any concern for the well-being of their constituents or their country itself, legislators are looking out for number one, and given that their position offers them almost unequaled political power over a wide variety of commercial activities, it is no surprise that number one is doing pretty well.

Economist James Buchanan was one of the first to recognize and formalize this truism by founding the school of Public Choice economics. Public Choice Theory is based on the obvious, but seldom noticed fact that people are self-interested, and that politicians and bureaucrats are people too. Our image of elected officials is usually one of dedicated altruists, fighting for the good of the people who elected them, but what is in the self-interest of a politician rarely aligns with what we, the voters, would like him or her to do.

Congressmen are millionaires not because they are more productive than ordinary people, nor because they are inherently more greedy, but because their position gives them opportunities not available to the rest of us. The ability to influence public policy is a valuable commodity, since the decisions made in the Houses of Congress have dramatic financial ramifications for a large number of powerful interests. It would be surprising if legislatures did not find some way to benefit financially from their exalted position.

In some cases, this comes down to pure corruption, as when Nancy Pelosi and her colleagues in the House of Representatives were caught taking advantage of privileged information to conduct insider trading. More often, however, the gains do not stem from outright law-breaking, but a more subtle form of influence, such as being paid exorbitant amounts to give speeches or making high-powered business contacts who have every reason to be more helpful than might otherwise be the case.

Apologists for government corruption often make the claim that the problem stems from not electing the right people. If we could only get some better, more principled leaders into office, they argue, things would be different. That was part of the impetus that swept Barack Obama into office in 2008, the belief that he was a new kind of politician above the old ways of doing business.

This attitude, like all statist delusions, ignores that unchangeable facet of human nature that causes people to respond to incentives. As Lord Acton so astutely observed, power corrupts, and this is true for even the most noble-intentioned public servant. The solution is not to elect better people (although that should always be an overarching goal,) but rather to limit the amount of power in Washington itself. It is only by reducing the authority of those in power that we reduce the temptations for abuse and corruption.

It’s pretty rich, if you’ll forgive the pun, that these millionaire politicians have gone to such lengths to wage class warfare by demonizing wealthy entrepreneurs in the private sector, while at the same time showing no qualms about manipulating the system to enrich themselves. If they are really so concerned about income inequality and the plight of the poor, maybe they should consider giving back some of their ill-gotten lucre to the people they claim to care about.