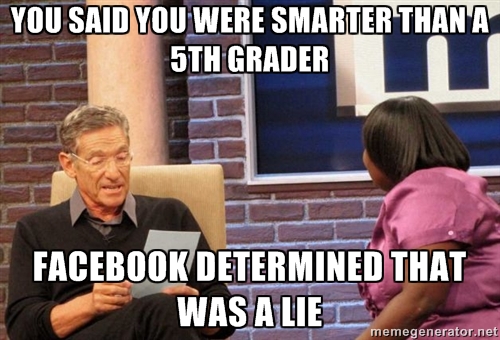 "I call it like I see it, the government has orchestrated a big, fraudulent scam that harms our economy and puts young people in debt for years. Don’t let them get away with it." -- Daisy Belden

Free: adverb; without cost or payment

A friend of mine was recently pulled over for running a red light, it was an honest mistake, just a fluke moment out in the country where he wasn't paying attention. As the police officer pulled him over and asked why he ran the red, my friend could have very easily said, "I thought red means go!" Obviously, it doesn't, but imagine for a moment that a good segment of the population was running red lights and were giving the same excuse, does that mean the red light really means go?

This "red means go" analogy is a simplified way of understanding democratic-socialists' -- the "New Left," as I will call them -- definition of "free." Here is the hard truth, in government nothing is free; there is also no such thing as "government money" either. All money obtained by the state had to be taxed or confiscated from Americans, all Americans including the poorest of the poor to the richest of the rich. Recently an article from the Chronicle of Higher Education published a piece entitled "Nobody Should Have to Pay to Go to College," where they spoke of the issues facing America's college students and the policies proposed by Democrats such as Hillary Clinton and Bernie Sanders. In the article they brought up one major fact:

Student debt has filled the gap between flat household earnings and surging college costs. Total outstanding student-loan obligations now exceed $1 trillion, and the sum continues to rise at an alarming rate. Student debt is the only form of consumer debt to have increased since the recession of 2008, now ranking second only to home mortgages.

Apart from the obvious observation of the current rate of student debt, the rest of the article, along with anyone else that says that college should be free, is intellectually brain dead. The argument is childish and dead in the water not simply for the reason that the New Left has a severely misplaced sense of compassion, but because they fail to identify the true definition of the word "free," and while I'm at it, "labor."

Wise and selectively spoken, President Calvin Coolidge once said, "[C]ollecting more taxes than is absolutely necessary is legalized robbery." In trying to understand the foundations of our fragile republic, what is obvious for conservatives and others inclined to liberty is that the function of government in civil society is to protect your life and your property.

Sadly, from FDR to Johnson and Nixon, all the way to the current Obama administration, our government has exploded out of its constitutional boundaries. The government that was supposed to protect your right to life and your right to private property was now the government offering to coddle you cradle to grave. The biggest offense to the American institution is this idea that higher education can be "free," not because the promise alone is ludicrous, but more so because it's college graduates who actually think the plan is sound. Someone please shred, bury, and set their diplomas on fire, because these "intellectuals" fail to define something a fifth grader understands.

A military phrase for breaking down complex ideas is to "break it down Barney style," and for the "free" college crowd, this may be an appropriate phrase to use to continue further. Nothing in the world is "free," from your food stamps, government housing, public schools, libraries, etc. it all comes at a very real price. The price of your "free" stuff is covered by the American taxpayer, which ultimately means you.

Everyday hard working Americans must work and labor to earn a wage based on their skills in the market. From there, the government comes in and takes a part of your income, along with taking more and more from your wallet as they see fit. The initial argument against the free college fallacy was made in a previous article of mine discussing why there is no such thing as free college. Regarding the New Left's definition of "free," they can learn a thing or two from the Daily Signal's Edwin Feulner:

The problem, to put the matter very plainly, is that there’s no such thing as something for nothing. All money, goods and services — every last dollar of it — must be created through someone’s hard work. Remember, government has no money on its own. It produces nothing, so it earns nothing. Government has only the money it takes from taxpayers or borrows against the payments of future taxpayers. Everything government “gives” to one person or organization must be taken from another person or organization. Every dollar that government redistributes to someone, it must first take from someone else, and then deduct carrying costs before passing it on.

Plain and simple, nothing is free and the cost is very real, the only option left on the table is to decide whether or not you want to accept the false definition of "free" and live with a never ending national debt, or accept reality and fight for the principles of real free markets and limited government.

Bottom line, if you think anything the government gives you is for free, you're not smarter than a fifth grader.