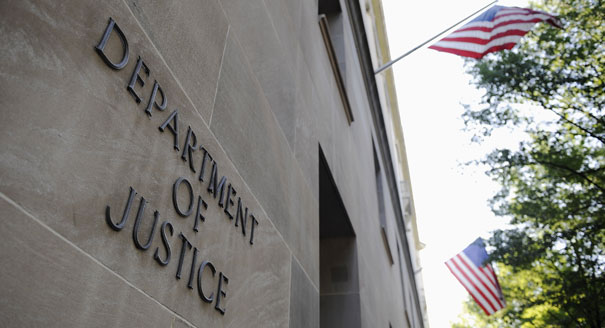 Southern California is known for many things: Hollywood, the Los Angeles Dodgers, a great punk rock scene, and amazing weather. Though the state is justifiably mocked for its significant budget programs and heavy regulatory burden, it has some of the better civil asset forfeiture laws in the country, though that isn't saying much considering how most states practically encourage abuse of this pernicious tool.

The Golden State does have some protections in place for innocent people, such as placing a high burden of proof on the state to show that seized property is connected to a crime. There is, however, a substantial loophole that law enforcement in California exploit.

While the state's civil asset forfeiture laws may be somewhat better than most, law enforcement frequently bypasses state statutes to seize and seek forfeiture of property through federal law. Once in the federal government because of a perversion of the justice system, innocent property owners must prove that their property is innocent and face a long and costly legal fight. Many simply walk away rather than fight the federal government.

Federal law facilitates abuse of civil asset forfeiture. Prior to January, federal attorneys or agencies could "adopt" seized property and return up to 80 percent of the proceeds from forfeitures back to state and local law enforcement through the Justice Department's Equitable Sharing Program. Though outgoing Attorney General Eric Holder announced some restrictions to this program, a significant loophole remains. State and local law enforcement working with federal agencies can still seize property under federal law, which accounts for a large percentage of federal equitable sharing payments.

A new study from the Drug Policy Alliance shows how California state and local law enforcement, particularly in Los Angeles County located in the southern region of the state, are relying heavily on federal law to seize property and counting on proceeds from forfeitures through the Justice Department's Equitable Sharing Program to supplant local funding responsibilities, the latter of which may be illegal if the funds are used to pay officers salaries, overtime or any other "impermissible uses" of these payments.

"The police forces of the eight L.A. County cities on this list serve a combined population of 444,379 people and made $43,342,294 in asset forfeiture between fiscal year 2006 and 2013," the Drug Policy Alliance explains. "That is 60 percent more than what the LAPD collected, despite serving a combined population that is eight times smaller than Los Angeles," which has a population over 3.8 million.

The roots of the reliance on federal equitable sharing payments are budget cuts and the profit motive. Take Vernon, for example. This unincorporated city has a population of 112 people, though it does have a sizable business community with employees who presumably live in the surrounding area. But from 2005 to 2013, Vernon received nearly $1 million in equitable sharing payments, putting its per capita forfeiture revenue at $1,101, the highest in the state, according to the report.

Despite prohibitions on state and local law enforcement using federal forfeiture funds to supplant their budgets, it appears that Vernon did so anyway. "In fiscal year 2010," the report notes, "the Vernon Police Department made $186,072 in federal DOJ forfeiture revenue, only to have its budget cut the following year by $185,378."

Why hasn't the Justice Department cracked down on this when supplanting is forbidden? According to a spokesman, Peter Carr, "[a]dministering this requirement can be difficult in periods where budget reductions are common." Lax reporting requirements and poor oversight encourage abuse of the Equitable Sharing Program.

The Drug Policy Alliance concludes that California law enforcement may be using too many resources on civil asset forfeiture to raise funds for their departments, rather than catching dangerous criminals. The Golden State's budget problems are well known, and cuts to law enforcement have left them looking for other sources of revenue, making civil asset forfeiture an attractive tool. The report notes that the city of South Gate actually "cut its police force by 11 positions, while increasing the staff assigned to asset seizure from two to four."

Of course, bad economic times and the legislature and municipalities failure to properly prioritize public safety make it difficult for law enforcement to operate to protect and serve the public. But the alternative should not be to rely on civil asset forfeiture funds to fill these budget holes. Far too many innocent people have had their property taken by overzealous police looking for a financial windfall.

This is why some lawmakers in Washington -- including Senate Judiciary Committee Chairman Chuck Grassley (R-Iowa), Sen. Rand Paul (R-Ky.), and Rep. Tim Walberg (R-Wis.) -- are looking for ways to eliminate the profit motive that's often behind seizures, allowing state and local law enforcement to focus on their primary job of protecting their communities.