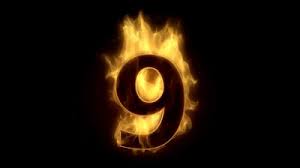 Nine co-ops have gone up in flames.

Once upon a time, ObamaCare created 23 non-profit health insurance co-ops that were supposed to increase coverage while reducing costs. Doesn't that sound nice? Well, this is a good time to keep in mind the old saying "if it sounds too good to be true, it probably is."

As of this writing, nine of the health insurance co-ops have announced that they will be closing prior to the November 1 open enrollment period for ObamaCare, leaving just 14 still operational.The latest example, based in South Carolina, will leave 70,000 Americans without the coverage they were promised. Two other co-ops folded last week, and a New York based co-op will leave as many as 150,000 people without coverage after its closure last month.

As usual, these failures could have been predicted by anyone not a business and economic dullard. The co-ops were not driven by profit and competition, but were willed into being by a central authority, and propped up by billions in taxpayer-backed loans and subsidies.Unable to meet their enrollment projections or turn a profit of any kind, it was inevitable that these institutions would fail, leaving consumers in a lurch.

This is all part of the continual unraveling of the Affordable Care Act, as it has failed to achieve any of its goals. Secretary of Health and Human Services Sylvia Burwell has had to lower enrollment projections by almost half; HHS is now projecting just ten million enrollees next year, whereas the Congressional Budget Office had formerly put that number at 20 million. It turns out that ObamaCare is such a bad deal that you can't get people to sign up for it even when they are legally required to.

Even for those who do obtain insurance through an ObamaCare exchange, it's unlikely that they will get much benefit from it, as premiums and deductibles continue to climb through the roof. Of course, the fact that these insurance plans are utterly unaffordable means that even fewer people will sign up for them, further depressing enrollment and increasing costs for those who remain on the plans.

The torturous path of ObamaCare failure means that the next president will have to do something drastic to keep America's health care sector from utterly falling apart. We all know that the Democrats want a fully socialized, single-payer system. That's why it's more important than ever that Republican candidates come up with a viable alternative that restores choice and competition to the American people.