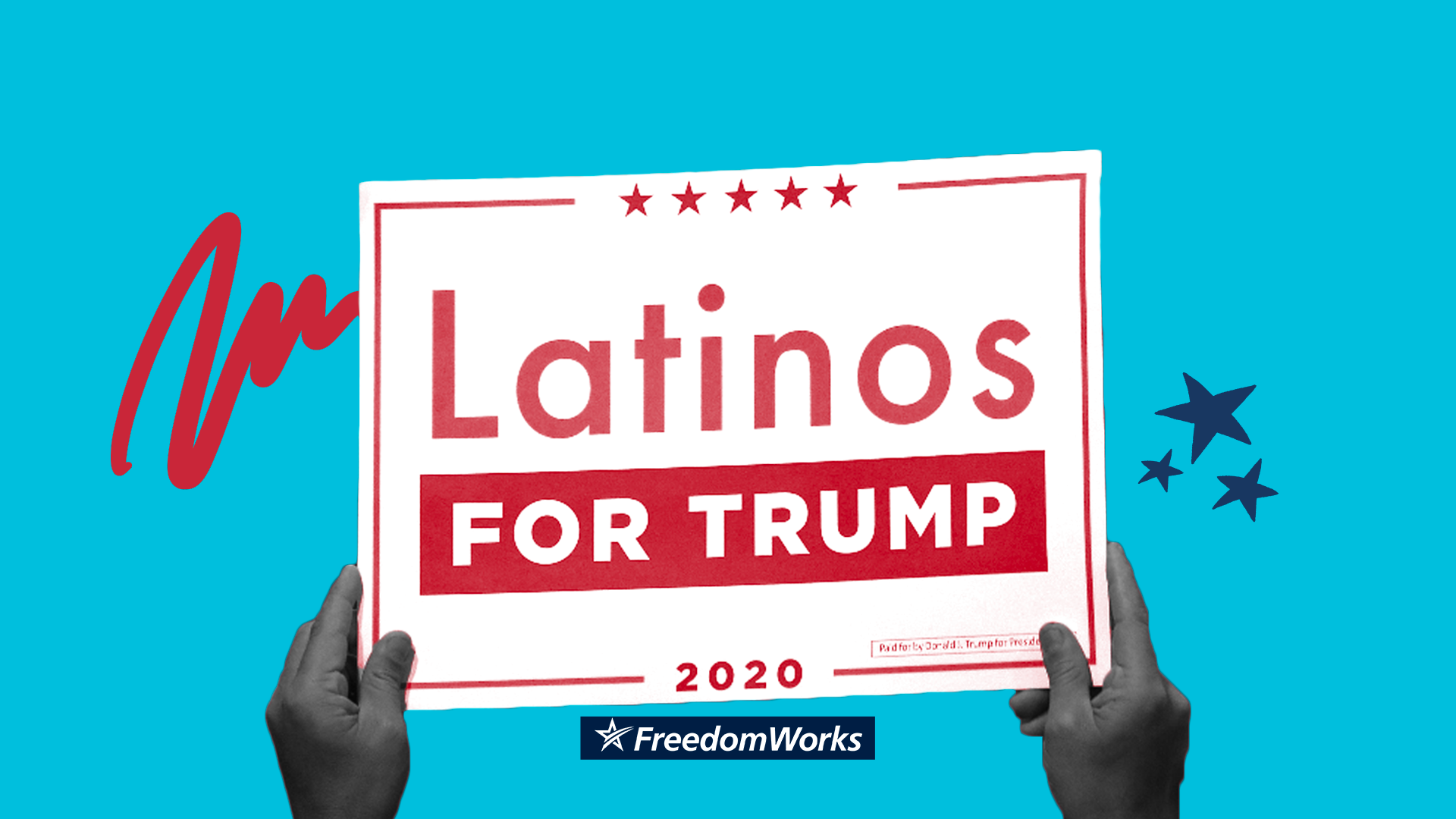 In the midst of our conversation about the border crisis, we've lost sight of the overall miracle of our country’s immigration success stories.

Those stories of achievement remain grossly underreported by the media; no other demographic group demonstrates the ideal of the American Dream and has advanced more in recent years than our Latino population.

They comprise the largest "diverse" demographic group in America, at a total of approximately 62.1 million people. That represents a sixfold growth since 1970.

Latinos now make up 19% of the U.S. population.

In 2020, they accounted for more than $2.3 trillion in economic activity.

In the last 12 years, the Latino share of voters increased by almost 30 percent.

Last year, more than 32 million Latino Americans were eligible to vote; increasingly, these voters have shifted demonstrably to the right.

It's worth noting that in 2020, a majority of Hispanics endorsed keeping the economy open.

Many Hispanics work in industries most impacted by COVID-19 lockdowns, including the hospitality, food service, healthcare, and construction industries.

Additionally, Latinos have become the fastest small business owners in the U.S., growing by 34% in the last decade. Unfortunately, it was this community that suffered the most devastating impacts during the pandemic.

Latinos are also the fastest growing homeowners in America, with more than half of homeownership over the last 10 years represented by appreciable segments of the Latino population.

Also, this is a population that generally views socialism and excessive government control with heightened suspicion, given the countries that they or their ancestors sadly left behind.

It therefore should come as no surprise that Team Biden's notable lurch to the left has meant that its approval ratings have plummeted not only with Hispanics/Latinos but with almost every demographic and age group. Among those under age 30, who are most worried about establishing their career, support for Biden has plunged 50 points since January.

If the 2022 midterms were held today, our Latino population would now be split exactly in half, with 37% favoring Republicans and 37% supporting Democrats, according to a Wall Street Journal survey.

This substantial political shift is worth examining because it's a clear dismissal of the progressive movement’s "doomsday narrative."

They clearly see this vision being undercut by skyrocketing inflation, which is reflected in the cost of energy, housing, and everyday goods, coupled with the Biden administration's refusal to do anything about it.

The majority of Latinos do not want to be viewed as an American "subordinated" group but see themselves (as they well should) as a part of mainstream America with the accompanying economic, socio-political, and religious interests.

For Democrats, this is a shocking turn of events.

They are profoundly troubled by the future loss of what they call "federal power" if indeed Latino voters become an evenly divided voting bloc.

But what is actually shocking is the fact that liberal Democrats perceive the Hispanic/Latino conservative political trajectory propelled by a desire to move up the socioeconomic ladder as assimilating into whiteness.

Think about what this means: Democrats are saying that simply because Latinos want a strong economy, safe communities, and better educational opportunities, they are acting white. To Democrats, apparently only white people want those three things. Progressives are even startled that over 55% of Latinos support more funding for border security.

These are incredibly backwards views held by a party that identifies as "progressive."

No wonder Latinos are leaving the Democratic party in droves.

Despite what Democrats might think, the reality is that identity politics is not a game Latinos want to play. Belief in the American Dream is still very much alive and well in this diverse community, as expressed in this latest FreedomWorks/Bullfinch survey.

As long as the steady drumbeat of freedom and economic and religious opportunity is shared and integrated among the Hispanic/Latino community with confidence, we will continue to see a practical response to common sense policies that allow Latino families and their communities to build their own prosperous future — one that is not defined by others and especially not by an out of touch political party.