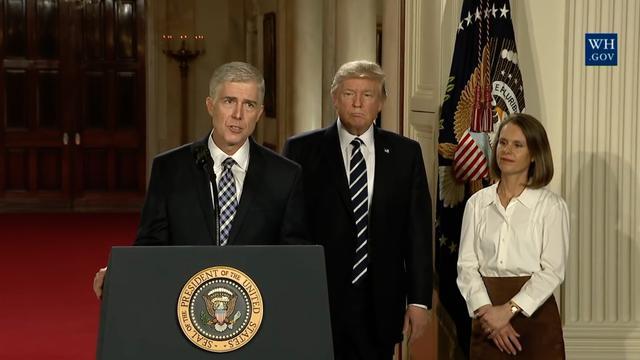 Only a simple majority, or 51 votes, is required to invoke cloture for presidential appointments, such as cabinet nominees and agency heads, and lower federal court nominees. Before November 2013, three-fifths, or 60 votes, were required to invoke cloture for all executive appointments and federal court nominees. The requirement wasn't based on any language in the Standing Rules of the Senate. The Senate operates on precedent for its threshold for cloture on presidential nominees.

Rule XXII, Clause 2 of the Standing Rules of the Senate states:

"Is it the sense of the Senate that the debate shall be brought to a close?" And if that question shall be decided in the affirmative by three-fifths of the Senators duly chosen and sworn -- except on a measure or motion to amend the Senate rules, in which case the necessary affirmative vote shall be two-thirds of the Senators present and voting -- then said measure, motion, or other matter pending before the Senate, or the unfinished business, shall be the unfinished business to the exclusion of all other business until disposed of.

Because presidential nominees aren't specifically mentioned in the rule, the language is vague enough to be left open to interpretation, a loophole that then-Majority Leader Harry Reid (D-Nev.) exploited on November 21, 2013. Republicans had blocked the nomination of Patricia Millet, who had been appointed to the second most powerful court in the country, the United States Court of Appeals for the District of Columbia Circuit, which hears cases related to administrative law, including those against rules promulgated by federal agencies.

Unable to get the 60-vote threshold established by Senate precedent, Reid told the presiding officer of the Senate, "I raise a point of order that the vote on cloture under rule XXII for all nominations other than for the Supreme Court of the United States is by majority vote." The presiding officer, then-Senate President Pro-Tem Patrick Leahy (D-Vt.), answered, "Under the rules, the point of order is not sustained."

It was at this point that Reid appealed the ruling, which requires only a simple majority. The question posed to the Senate was, "Shall the decision of the Chair stand as the judgment of the Senate?" Democrats, at the time, had 55 seats in the Senate, more than enough to eliminate the filibuster for all presidential nominees, though Reid stopped short of eliminating the filibuster for Supreme Court nominees. While Sens. Carl Levin (D-Mich.), Joe Manchin (D-W.V.), and Mark Pryor (D-Ark.) voted with Republicans to keep the filibuster intact, 52 Democrats, by voting "nay," eliminated it.

"Under the precedent set by the Senate today, November 21, 2013, the threshold for cloture on nominations, not including those to the Supreme Court of the United States, is now a majority," Leahy said after the vote. "That is the ruling of the Chair."

Then-Minority Leader Mitch McConnell (R-Ky.) appealed the ruling, but the ruling of the chair was sustained.

The merits of the using this precedent to eliminate the filibuster for Supreme Court nominees aside, McConnell, who now serves as majority leader, need only follow the roadmap that Reid laid more than three years ago. The question right now is, how many Republican votes, with a 52-seat majority, does McConnell have to move forward?

Only two Republicans can vote to sustain the ruling of the presiding officer, at which point the chamber would be evenly split, and Vice President Mike Pence would have to break the tie. This, of course, assumes that no Democrats vote with Republicans. While four Democrats have said they'll either support Judge Gorsuch or oppose a filibuster, that doesn't necessarily mean they'll vote with Republicans to eliminate the filibuster for Supreme Court nominees.

To recap, McConnell, likely after an unsuccessful attempt to invoke cloture, will make a point of order, in which he says, "I raise a point of order that the vote on cloture under rule XXII for nominations to the Supreme Court of the United States is by majority vote."

The presiding officer, possibly Vice President Pence, will reply, "Under the rules, the point of order is not sustained." McConnell will ask for the yeas and nays to appeal the ruling of the presiding officer, which can be overturned by a simple majority of nay votes. The new precedent requiring only 51 votes for cloture will be established.

It's worth pointing out how short-sighted of a strategy this is for Democrats, though. With an unfavorable 2018 map and three sitting justices, above the age of 78, two of whom are solidly leftist, it's not only one Supreme Court seat they're risking with their filibuster of Judge Gorsuch. The ideological balance of the High Court may indeed shift over the next four years, and Democrats will have no one but themselves to blame.