As I wrote earlier today, the expansion of Medicaid under Obamacare has come with all sorts of surprises and unintended (or perhaps intended) consequences. Medicaid expansion creates a two-tier medical delivery system that forces all but the most well-off into a single-payer system. Indeed, Obamacare's similarities to Great Britain's NHS are becoming more apparent. Another way this is being accomplished: the removal of asset limits for Medicaid qualification. 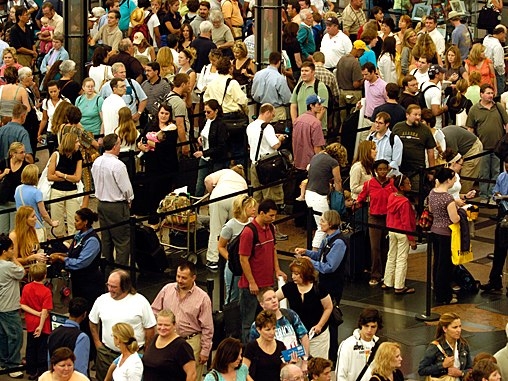 Much was made of the guest opinion in the Wall Street Journal earlier this week - "Nicole Hopkins: ObamaCare Forced Mom Into Medicaid" - and rightfully so. Ms. Hopkins writes of her mother's attempt to use the health care exchange system, with a surprising result:

[Her mother's post on facebook reads] "I just received a notice: 'In order to comply with the new healthcare law, your current health plan will be discontinued on December 31, 2013.' Currently my premium is $276 and it is a stretch for me to cover. The new plan . . . are you ready . . . projected new rate $415.20. Now I can't afford health insurance."

The unaffordable ObamaCare-compliant plan that her insurer offered in a Sept. 26 letter is not what makes my mother's story noteworthy. Countless individually insured Americans have received such letters; many are seeing more radical increases in premiums and deductibles.

But most of these people are still being offered the chance to choose what health-care insurance they will receive, or to opt out before they are automatically enrolled in a state program. Not so my mother, Charlene Hopkins, as I soon discovered when I called after seeing her Facebook post.

Since she couldn't afford the new plan offered by her insurer, she told me she was eager to explore her new choices under the Affordable Care Act. Washington Healthplanfinder is one of the better health-exchange sites, and she was actually able to log on. She entered her personal and financial data. With efficiency uncommon to the ObamaCare process, the site quickly presented her with a health-care option.

That is not a typo: There was just one option—at the very affordable monthly rate of zero. The exchange had determined that my mother was not eligible to choose to pay for a plan, and so she was slated immediately for Medicaid. She couldn't believe it was true and held off completing the application.

"How has it come to this?" she asked in one of our several talks over the past few weeks about what was happening. When she was a working mother and I was young, she easily carried health insurance for our whole family. "How have I fallen this far?"

Before ObamaCare, Medicaid was one option. Not the option. Before this, she had never been, in effect, ordered to take a handout. Now she has been forced to join the government-reliant poor, though she would prefer to contribute her two mites. The authorities behind "affordable care" had erased her right to calculate what she was willing to spend to preserve her dignity—to determine what she thinks is affordable.

That little contribution can mean the difference between dignity and despair.

People are being forced onto Medicaid despite their desire to buy private health insurance, and, in many cases, despite a significant portfolio of assets.

As reported by Fox News,

The White House has repeatedly maintained that ObamaCare expands options, a mantra that White House Press Secretary Jay Carney repeated on Friday. "They'll have choices they didn't have in the past, including a range of options when it comes to levels of coverage," he said.

But those options don't apply to the millions who will be directed to Medicaid, many of them hardly impoverished.

"The system will automatically sign them up for Medicaid, even if they don't want to be on Medicaid," says James Capretta of the Ethics and Public Policy Center. "That's what's happening. So a lot of people are getting signed up for Medicaid just by virtue of what their income is."

A case in point is a Virginia family, who asked to remain anonymous, but who came to Fox News with documents that demonstrate an apparent absurdity with Medicaid selection.

The father owns a $5 million house - entirely paid for. His kids attend expensive private schools. He owns three cars, but because he has earned his fortune and has stopped working , and his wife's new start-up business has yet to produce an income stream, he is considered by the Healthcare.gov website to have no income.

There is also strong evidence Medicaid provides substandard care. The Manhattan Institute's Avik Roy wrote in 2012, "Medicaid patients were almost twice as likely to die as those with private insurance; their hospital stays were 42 percent longer and cost 26 percent more."

Many doctors refuse to accept Medicaid patients because payments are low. John Goodman of the National Center for Policy Analysis told Fox News, "One woman in Boston who was in Medicaid said she had to go through a list of 20 doctors before she found one who would see her." He adds, "I asked if she was going through the Yellow Pages," and she said, 'No, I'm going through the list of doctors Medicaid gave me.'

"That tells you something about the standard of care on Medicaid," he says.

Make no mistake; Tea Party activists were absolutely right when we said that the ultimate goal is single payer. Regulation-writers are doing everything they can under Obamacare to ensure that as many people as possible are forced into Medicaid, regardless of whether it provides adequate health care or not.

It will not succeed. This law will be stopped or repealed at some point before it gets to the end game of single payer because organizations like FreedomWorks. Half of all states have declined to expand Medicaid which is a good thing. The fight for liberty will prevail.

Following the release of the omnibus appropriations bill, which targets ObamaCare by prohibiting the use of taxpayer funds to bail out health insurance companies that participate on the exchanges, FreedomWorks Legislative Affairs Manager Josh Withrow commented: