Want to follow the Supreme Court's deliberations on the historic ObamaCare case (HHS v. Florida) as it unfolds? Mark your calendar! 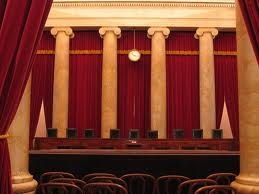 The Court will hear oral arguments on Monday, March 26, through Wednesday, March 28.

We expect written transcripts and audio recordings to be published each day on the Court's website -- www.supremecourt.gov -- a few hours after each argument period has concluded.

The Court will secretly decide the case on March 30 and publish its decision on or around Monday, June 25.

Oral arguments: Does the Tax Anti-Injunction Act bar judicial review of the Patient Protection and Affordable Care Act until the mandate takes effect in 2014?

Oral arguments: Is the mandate severable from the rest of the law?

No one needs Obamacare because: First of all, if you do not have insurance, there are charity hospitals and clinics everywhere you can go to, Second, if one can afford to pay for the insurance under Obamacare, they can get their own private insurance and if they can't afford it, they will be penalyzed with fees for not have Obamacare. All who have insurance now do not want it. We do not need the government deciding what type of healthcare we need and what we don't. People do not know this, but under Obamacare, if you are an older person and you need serious medical help, like heart surgery, the GOVT will decide how many expected years you have left to live and calculate it against the cost of the surgery and if the GOVT thinks it is not worth it for the amount of time you have left, you WILL NOT get approved for it. Then if one is diagnosed with Cancer, one will probably die before the GOVT decides to approve any kind of help for you. Come on people, open you eyes. Do you have any idea where we are heading. The GOVT does not have the right by our Constitution to decide what WE need to buy and What we do not need to buy. Please do not approve this. We are losing the consitutional right that were granted to us a long long time ago. Who does that president think he is to run our lives. Does the GOVT forget that they Work for Us, the people, not the other way around. We should be able to impeach any official who goes against the American people's wishes as this administration has time and time again. Please save America. Repeal this Obamacare. Do the right thing for the American peopls.