ObamaCare Penalizes the People It Claims to Help 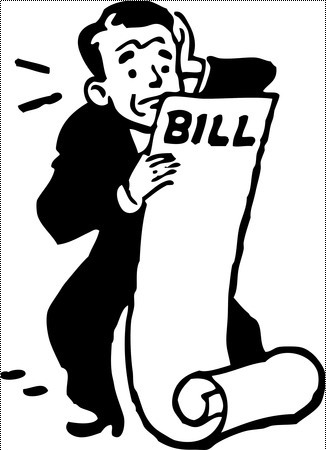 ObamaCare: picking on poor people because, why not?

Remember how ObamaCare was going to make health care affordable and accessible for everyone? Remember how we were told we had to vote for a government takeover of one sixth of the American economy to level the playing field and make things fair for the nation’s poor? Remember how the rich had to be forced to pay their fair share for the common good?

Yeah, you can go ahead and forget all that. Not only hasn’t it happened, the actual results have been the direct opposite of what was promised.

A new report from the Congressional Budget Office reveals that the yearly penalty from ObamaCare’s individual mandate is expected to fall on 4 million Americans. Of those, 1 million are classified as low-income, and 200,000 are actually below the poverty line.

You read that right. The massive health insurance law that was ostensibly designed to make the health care market more fair and equal is actually imposing an additional tax on a million low-income people who can’t afford the inflated premiums they are legally required to buy. As is so often the case, big government is actively punishing the people it claims to want to help.

The CBO report also estimated that 30 million Americans would still be uninsured by 2016. For those of us who understand human behavior and incentives, this comes as no surprise. The fundamental flaw in central planning is the fiction that people, who have free will and minds of their own, can be manipulated by policy like pieces in a puzzle, to behave in ways that “society” deems optimal.

Of course, people don’t work that way, and studies like this one reveal the fallacy in treating individuals like numbers. As much as progressives would like it to be otherwise, you can’t plug human behavior into a bunch of fancy equations and expect a certain outcome. You can’t mandate health insurance on 300 million people and expect them to just roll over and comply.

Barack Obama has always been hobbled by his tendency towards micromanagement and his idea that societal problems can be “solved” like a Rubik’s Cube by a particularly clever operator. When 10,000 pages of regulations fail to get people to behave the way he wants them to, his answer is always another 10,000 pages.

To the rest of the nation, not chained to the ideological underpinnings of government health care, the fact that subsidized premiums provided on the health insurance exchanges have been vastly higher than promised was only to be expected. Individuals all over the country have been experiencing sticker shock as their health insurance bills skyrocket—that is, if they are not dropped from their plans outright. Only committed central planners seemed surprised that the imposition of a bloated, inefficient bureaucracy on the health insurance market would result in higher costs.

Big government programs never help the people they claim to help. They always end up rewarding well-heeled special interests and Beltway insiders instead of the truly needy.

Still, it’s rare to have so overt an attack on the poor. Most other social programs do indirect harm through limiting opportunities or prohibiting productive behavior with trumped up claims of “consumer protection.” ObamaCare attacks the livelihood of low-income families outright.

All the talk of amending or “fixing” ObamaCare is misguided in the extreme. The only logical course of action for dealing with a monster that openly, remorselessly hurts people is to kill it, and give freedom a chance.