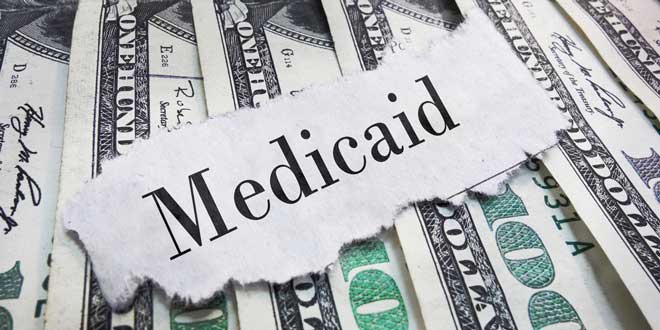 Another round of stories are hitting the Internet now, and they're making similar claims; that the BCRA cuts Medicaid spending.

The report from the Congressional Budget Office (CBO) offered a look at Medicaid spending under the BCRA in second ten-year window, 2027 through 2036. Currently, Medicaid is an open-ended entitlement program, which means that there are no real limitations on the amount of federal funding for it. The BCRA doesn't repeal Medicaid expansion, though the Federal Medical Assistance Percentages (FMAP) would be reduced from 90 percent to 85 percent in 2021, from 85 percent to 80 percent in 2022, and from 80 percent to 75 percent in 2023.

The CBO report doesn't state that there will be an overall cut in Medicaid spending. What the report says is that the program will grow at a slower rate compared to its extended baseline projections, which can be found in its July 2016 publication, The 2016 Long-Term Budget Outlook.

"In CBO’s assessment, Medicaid spending under the Better Care Reconciliation Act of 2017 would be 26 percent lower in 2026 than it would be under the agency’s extended baseline, and the gap would widen to about 35 percent in 2036." the CBO explained. "Under CBO’s extended baseline, overall Medicaid spending would grow 5.1 percent per year during the next two decades, in part because prices for medical services would increase. Under this legislation, such spending would increase at a rate of 1.9 percent per year through 2026 and about 3.5 percent per year in the decade after that." (Emphasis added.)

Again, Medicaid spending will continue to grow. It will only grow at a slower rate that exists under current law. As OMB Director Mick Mulvaney said back in May, "There are no Medicaid cuts in the terms of what ordinary human beings would refer to as a cut. We are not spending less money one year than we spent before."