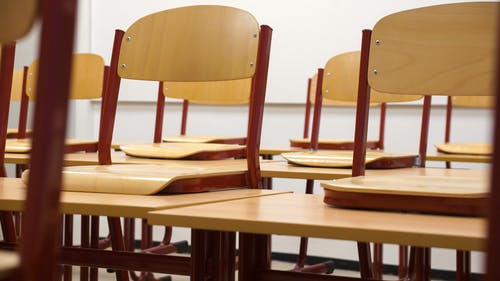 In Florida, we have a well-intentioned Governor who has said that he doesn’t want Critical Race Theory (CRT) taught to our kids. We have a State Board of Education that has enjoyed the spotlight for voting to stop CRT from making its way into the classrooms. Parents are told that the Governor’s office is going to play whack-a-mole with the school districts that try to implement CRT.

But even still, some schools are not complying with the rule passed by the State Board of Education because it lacks substance and consequences for districts who ignore the CRT ban.

As we saw two weeks ago in the Indian River County’s school district English Language Arts (ELA) textbook hearing, the response to abandoning adoption of textbooks without CRT teachings can basically be summed up as: “We do what we want because we can.”

After exhausting hours of pleading with the board to reject the recommendations that the school district is making for the adoption of the new Florida ELA textbooks, which include CRT teachings, the board and district are moving forward to make the multi-million dollar purchase.

Who is holding these districts accountable?

If Governor DeSantis is serious about getting rid of the divisive hate-driven teaching associated with the ideology of CRT, then he is going to have to go a step further than an Executive Order. Currently, the rule that bans CRT is being bypassed by educrats who know exactly how to manipulate the system.

Indian River County citizens are not alone in rejecting the new Florida ELA textbooks. Last month, Collier County parents also had requested that the board halt the adoption through the hearing process with no success.

How has it gotten this far?

How did the latest set of ELA textbook publishers manage to embed critical race theory propaganda all throughout the curriculum? If this stuff is making its way into the classrooms after DeSantis boldly said “No CRT,” then why hasn’t Commissioner Corcoran done anything to stop all districts from purchasing the bias-filled Florida ELA textbooks?

The truth of the matter is that Florida Education Commissioner Richard Corcoran should have caught the embedding of this bias indoctrination before he rolled it out to the districts. But he did not, and now it’s going to be up to the Governor to demand reversal of the course before it’s too late.

Many parents are losing faith and feeling frustrated. Despite numerous attempts to alert the Governor and the Commissioner of Education about the harmful teachings that certain school districts are implementing under the guises of other names such as Courageous Conversations and Unconscious Bias, all that parents are hearing are crickets due the silence in response to their concerns.

Parents need Governor DeSantis and FLDOE to hold these districts accountable. Create consequences and streamline a support system for us to report to a Florida task force we can trust, similar to the NC task force set up by North Carolina Lt Governor Mark Robinson.

In the meantime, school board members across the state of Florida should be doing their job, growing backbones, and representing the limited government principles that they ran on. It’s time school board members put students first and quit tip-toeing out of fear of offending the “woke.”

Laura Zorc is the director of education reform at FreedomWorks.