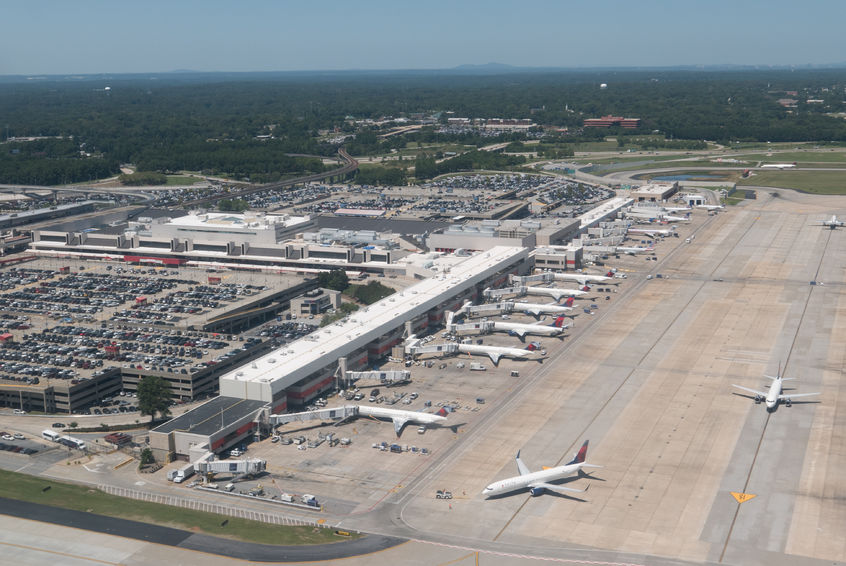 Congress prohibited airport-based user fees in the Airport Development Acceleration Act of 1973, also known as the Anti-Head Tax Act, after the Supreme Court rejected a challenge to such fees in Evansville Airport v. Delta Airlines (1972). The Evansville-Vanderburgh Airport Authority authorized the collection of a $1 per passenger fee at Dress Memorial Airport (now Evansville Regional Airport). Delta challenged the constitutionality of the fee under the Commerce Clause. The Supreme Court ruled in favor of the airport, allowing the fee to continue. The Anti-Head Tax Act was the response to the Supreme Court’s decision in the case.

The PFC was created by Congress in Section 109 of the Aviation Safety and Capacity Expansion Act of 1990 as a limited carve-out to the Anti-Head Tax. The cap was set at $3.00 per flight segment. In 2000, Congress passed the Wendell H. Ford Aviation Investment and Reform Act for the 21st Century, also known as AIR Act, which, in Section 105, increased the PFC cap to current $4.50 per flight segment. The PFC has never been indexed to inflation, and the purchasing power of $4.50 has dwindled over the past nearly 20 years.

In 2017, two members of the House Committee on Transportation and Infrastructure, Rep. Peter DeFazio (D-Ore.) and Rep. Thomas Massie (R-Ky.), introduced the Investing in America: Rebuilding America's Airport Infrastructure Act. The legislation would have uncapped the PFC and reduced the total statutory subsidy through the Airport Improvement Program (AIP) by $400 million, to $2.95 billion from $3.35 billion. Large airports that increase the PFC over $4.50 per flight segment would not be eligible for subsidies from AIP. This would focus AIP grants on smaller airports.

The purpose of the legislation was to address the funding needs of airports in a way that is less reliant on government subsidies. The funding needs are significant. In 2017, the Airports Council International-North America estimated that airports in the United States needed $100 billion for infrastructure improvements over five years, or an average of $20 billion annually. A more recent estimate puts the infrastructure needs at $128 billion by 2023.

Rather than further subsidizing airports, eliminating the cap on the PFC is a pro-market way to address the funding needs of America’s airports. This is why a group of organizations associated with the conservative movement signed a coalition letter of support for the Reps. DeFazio and Massie’s Investing in America: Rebuilding America's Airport Infrastructure Act. Signers to the letter included FreedomWorks, the Competitive Enterprise Institute, and Citizens Against Government Waste. Similarly, the conservative Heritage Foundation and the libertarian Reason Foundation have expressed support for uncapping the PFC as a way to address the airport funding issue.

Opponents of proposals to increase or uncap the PFC claim that this local user fee will increase airline ticket prices and lead to fewer passengers. These criticisms are hollow. As Robert Poole of the Reason Foundation noted:

[T]his [criticism] ignores the fact that airlines have been ramping up various passenger fees that are not included in the ticket price because they are nominally optional—but are paid by large numbers of passengers. Aviation reporter Susan Carey pointed out in a Wall Street Journal news article [in December 2017] that airline fees for checked luggage and ticket changes alone raised more than $7 billion for airlines in 2016, dwarfing the impact of a PFC increase. Yet airline travel is booming. (Link to the Carey article added for context.)

Tampa International Airport was able to bring down the expenditure from airport revenues to only $2 million, in part because the airport was able to use $8.6 million in PFCs, as well as $3.4 million in PFC-backed bonds. The use of PFCs allowed the airport to avoid the need for airlines to approve the expenditure. The result was more competition, as Tampa International Airport CEO Joseph Lopano explained in written congressional testimony:

Soon after we completed construction, international service started growing. Since 2012, we have added new flights to Switzerland, Panama, Germany and Iceland. British Airways expanded its service to London and Norwegian launched flights to London, providing new competition in the market that is benefitting passengers with lower airfares. In May, Delta will begin daily service to Amsterdam. Our international traffic has increased more than 150%.

These flights have delivered $1.6 billion in economic impact for our region and supported 17,800 jobs. This would not have happened without the PFC.

One daily non-stop flight to a European market creates a $154 million economic impact for our region and creates 1,200 jobs in our region. This is the equivalent of the Super Bowl every two years, over-and-over again.

Growth is not only on the international side. Overall, including international and domestic passengers, we served a record 21 million travelers in fiscal year 2018.

We have added competition in existing markets by 52% since 2015, lowering fares for travelers. For example, in 2016 the average fare to Boston from Tampa was $164, with JetBlue the only airline offering nonstop service there. Since then Delta and Spirit have entered the market bringing the average fare down to $133. We have also established or re-established service to 14 new markets since 2010, including service to small and medium-hub airports, including Greensboro and Asheville, North Carolina; Syracuse, New York; Latrobe, Pennsylvania; and Madison, Wisconsin.

Many of these flights are on ultra-low-cost carriers, such as Spirit Airlines, which is one of the fastest growing airlines in Tampa. Our airport is attractive to Spirit and other low cost carriers because our cost per enplanement is low, thanks to our responsible financial management and, again, the PFC.

Another criticism is that the PFC is a tax. This particular claim is simply wrong. The PFC isn’t a mandatory fee that airports must charge; it’s an optional fee they may implement that has a designed purpose. As Marc Scribner of the Competitive Enterprise Institute has explained:

[T]he PFC cap does not set a charge at any airport. It is a limit. That is all. Thus, Congress increasing a limit that local airports can charge is not imposing a fee that they must charge.

Moreover, even if Congress were requiring airports to charge a specific PFC, it would still not be a tax; rather, it is a classic example of a user fee. Unlike taxes, user fees can only be imposed on the service beneficiaries. Taxes, in contrast, have nothing to do with the provision of specific services. The primary beneficiaries of airports are the passengers who use the airports; thus, charging them a facility user fee that will be used solely for specific, statutorily-defined airport improvements cannot constitute a tax.

The PFC is a market-minded way to address the infrastructure shortfall for airports, without risk to taxpayers, and decreases subsidies to large airports who increase their PFCs above $4.50 per flight segment. Members of Congress should support this market-based idea.