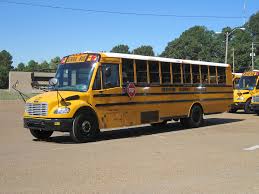 While the desire to improve education in the state is respectable, this method is severely misguided as it will not have the impact that its supporters desire it to have. Due to the expense and lack of evidence that such a program would have any impact, there’s reason to believe that implementing and expanding state Universal Pre-K programs will not achieve the desired results (if any results at all).

Objectively, there is very little evidence that universal Pre-K has improved students’ education in the US. A study released by the Peabody Research Institute at Vanderbilt University found that “achievement measures observed at the end of the pre‐k year had greatly diminished by the end of the kindergarten year and the differences between participants and nonparticipants were no longer statistically significant.”

Interestingly, the validity of other studies that point toward proof of Universal Pre-K's positive impact have, subsequently, been brought into question. Grover J. Whitehurst of the Brookings Institute has said “Not one of the studies that has suggested long-term positive impacts of center-based early childhood programs has been based on a well-implemented and appropriately analyzed randomized trial, and nearly all have serious limitations in external validity. In contrast, the only two studies in the list with both high internal and external validity (Head Start Impact and Tennessee) find null or negative impacts, and all of the studies that point to very small, null, or negative effects have high external validity.” In short, evidence of improvement is, at best, questionable and at worst, non-existent.

At the national level, things are not much better. As previously mentioned, the federal program Head Start which “promotes the school readiness of young children from low-income families through agencies in their local community,” has been found to have few lasting impacts on students' ability to learn between kindergarten and third grade.

Despite this, some have argued that the full national Universal Pre-K daycare program should be promoted and expanded to match our European counterparts where the program is larger. In Britain, however, the “the Institute of Economic Affairs...concluded that a government-funded, government-mandated universal daycare and pre-K program has done nothing more than bankrupt the middle class while failing to serve the country’s poor.” Moreover, Neal McCluskey of the Cato Institute categorized any evidence of improvement in France to be rather weak. Overall, there is reason to be skeptical that Universal Pre-K has not succeeded at the national level anymore than at the state level.

At the moment, the United States spends more on education per student than any other country in the West. However, we are underperforming when compared to Western countries in education; test scores have not risen despite the increased spending.

People who want to implement Universal Pre-K are well intentioned, but there is no reason to believe it will bring about any of the desired change. Inevitably, implementing more spending will lead to higher taxes which means parents will still be paying for Pre-K programs regardless of whether or not it actually achieves the stated goals. Such a move would be wasteful and a let-down for the taxpayer.