Planes, Trains, and Automobiles: The TSA’s Misapplication of the Precautionary Principle

In the wake of tragedy of 9-11, the American people feared terrorists would take away their freedom. The greatest threat to freedom was the voluntary surrender of freedom for the sake of government-provided “protection”. This “precautionary principle” has been used by Big Brother to say “governments should implement regulatory measures to prevent or restrict actions that raise even conjectural threats of harm to human[s].” In essence, this principle claims overprotection causes little to no harm. After 9-11, the Transportation Security Administration (TSA) became an incarnation of the Precautionary Principle. The TSA implemented transportation security while abridging constitutional freedoms.

Prior to 9-11, airport security was conducted by private companies which has strong incentive to keep patrons safe at low costs. These companies used unobtrusive and efficient metal detectors to protect against dangerous weapons. However, in the hysteria following the attacks of September 11th, Congress established the TSA. Proclaimed as new enhanced security, the TSA used new invasive and timely methods to enhance security. These reforms dramatically increased the hoop-jumping that passengers were subjected to. These addition measures caused major airport delays. Through the guidance of the Precautionary Principle, the TSA destroyed the convenience and safety of airport travel. 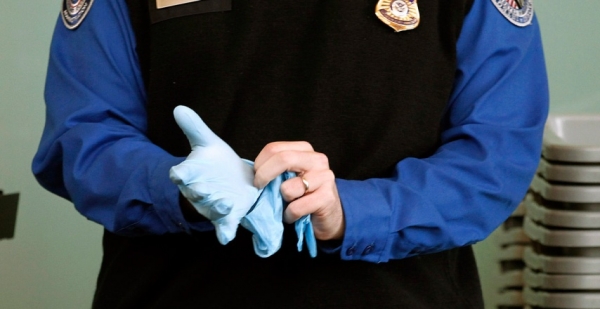 As the TSA phased into airport security, they replaced metal detectors with full body scanners that took intrusive X-ray images of people. This “virtual strip search” portrayed naked images conflicted with the 4th amendment protection against unreasonable search and seizure. To save face, the TSA permitted people to opt out to get an invasive full body pat down. Numerous accusations and reports have described the pat downs as even more “demeaning” to the public than even the body scanners. The TSA has yet to afford a reasonable policy which preserved citizens’ rights and human dignity.

Without Liberty, Without Airport Security

The irony of the precautionary principle is that by overregulating and over protecting, the TSA has failed to keep us safe. Over 12 years, the TSA has spent nearly 100 billion dollars keeping us safe and very little to show for it. Instead, between 2004 and 2008, Federal Investigators have found that “at least 16 individuals later accused of involvement in terrorist plots [had flown] 23 different times through U.S. airports.” The Economist reported the TSA, despite the pat downs and body scanners has a 70% failure rate. In other words, the NSA has violated the rights and dignity of millions of American without making us safer. This is just a few of many ways of the TSA has failed to make us safe through “tight” regulation.

VIPRs on the Train

While most Americans are all too familiar with the TSA’s security presence at airports, few have heard of the TSA’s Visible Intermodal Prevention and Response Programs (VIPR). The VIPR program conducted random searches with officers and dogs of US mass transit including trains, trolleys, ferries and highway transportation. In 2011, the TSA conducted nearly 3,700 randomized operations of mass transit to search of persons and their property. The TSA claims these invasive searches are vital to keeping the American people safe.

Even worse, these searches are non-consensual. TSA spokeswoman Kimberley Thompson explained that "... the administrative search does not require probable cause, but must further an important government need, such as preventing would-be terrorists from bringing an explosive device onto a crowded commuter train," To be clear,  the TSA claims the authority to supersede the constitution. Of course, they claim to make you safer in the process. 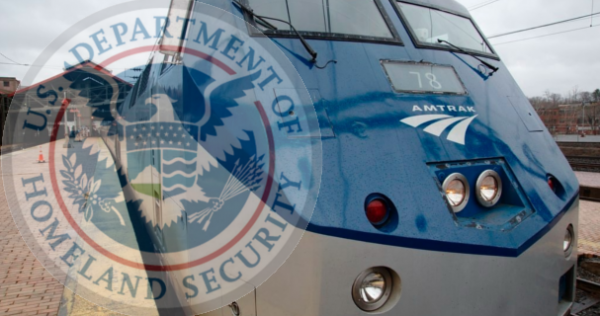 Even the claim that the TSA makes you safer is a farce! The Los Angeles Times noted "TSA officials say they have no proof that the roving [VIPR] teams have foiled any terrorist plots or thwarted any major threat to public safety." Yet, the TSA VIPR team receives millions in funding to infringe upon the rights of thousands of people.

The TSA is undermining the rights which terrorists claim to want to destroy, becoming ignorant accomplices of Al Qaida. “Governments good and bad have always cited national security, the prevention of terrorism, and the defense of freedom as their excuses for surveillance and control of people’s movements,” A privacy advocate Edward Hasbrouck explained “we can’t defend freedom by adopting measures that prevent us from exercising the rights we profess to believe in.”

The government is slowly taking away our rights, in the name of “safety.” The TSA has expanded its power to trample our basic rights. Patrick Henry stood against compromising liberty for peace and safety when he said “Is life so dear, or peace so sweet, as to be purchased at the price of chains and slavery? Forbid it, Almighty God!” We must not exchange peace for the chains of precaution