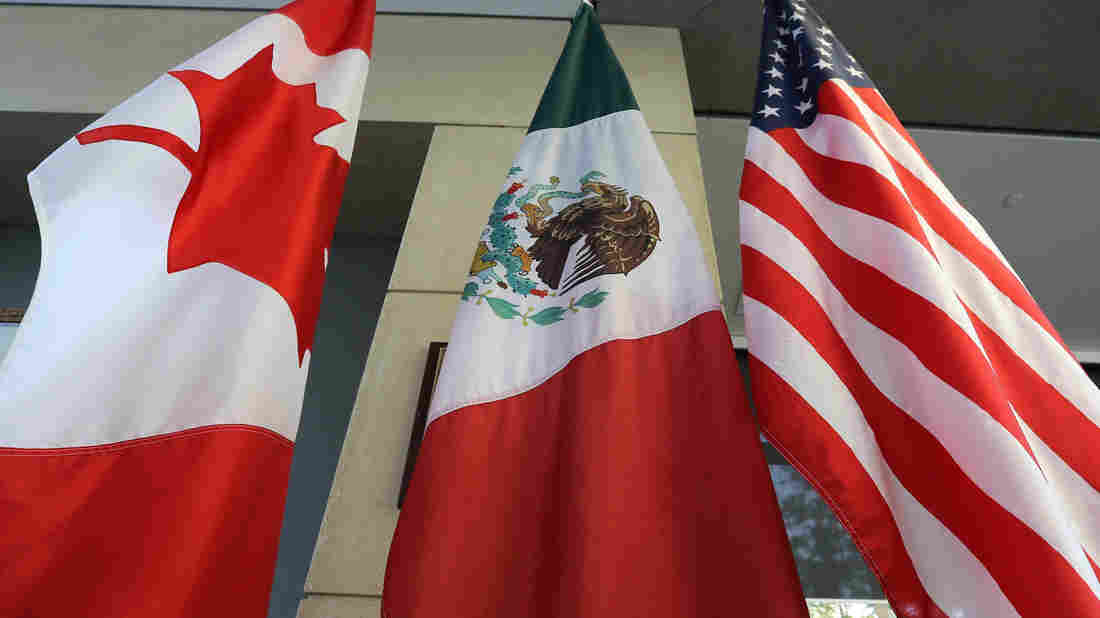 This approach, however, is in gross violation of Article II, Section 2 of the United States Constitution. The Constitution states that the President “shall have power, by and with the advice and consent of the Senate, to make treaties, provided two-thirds of the Senators present concur.” It takes two-thirds of the Senate to ratify a treaty. In a document as carefully crafted as the U.S. Constitution, it makes very little sense that the framers would allow a single person to withdraw from such an obligation.

Even Alexander Hamilton, one of the most fervent advocates for a strong, unitary executive, did not agree with this approach. In Federalist 75, he says, “the operation of treaties as laws, plead strongly for the participation of the whole or a portion of the legislative body in the office of making them.” The participation of the legislature in the treaty process was vital for making it all work. Despite, the President’s negotiating authority, he was never meant to be the final arbiter.

Hamilton’s words in Federalist No. 75 also illuminate an important point that’s been overlooked in discussions on this issue. Treaties carry the force of federal law and operate as such. Put in that context, a President certainly cannot overturn a federal law unilaterally. Otherwise, I would expect that President would have overturned ObamaCare by now, or that most presidencies would just be consumed by repealing past legislation they found distasteful. Of course, this is not how our republic, or our system of separation of powers, works.

Indeed, even Hamilton’s arch-rival Thomas Jefferson, declared in 1801, “Treaties being declared, equally with the laws of the United States, to be the supreme law of the land, it is understood that an act of the legislature alone can declare them infringed and rescinded.”

Now, NAFTA is not an official treaty. It is, however, what is known as a congressional-executive agreement. These agreements require a simple majority approval of both chambers of Congress and are limited in scope to each branch’s enumerated constitutional powers. It was enacted through the NAFTA Implementation Act of 1993. This is a binding piece of legislation and, again, the President may no more nullify this than he could any other legislative action. The legislation provides for termination but is silent on the internal mechanisms of doing so, meaning the Constitution must be the guide for action or inaction in this instance.

The NAFTA Implementation Act also clarifies in numerous places what the President’s powers are with regards to modifications. In Section 109, the provision with regards to termination of the agreement, it is silent on any executive authority. This should lead to the conclusion that it was understood that the legislature, and the legislature alone, is responsible for the termination of NAFTA.

Many proponents of President Trump’s approach to this issue cite his unilateral withdrawal from the Joint Comprehensive Plan of Action (JCPOA or “the Iran Deal”) as proof that he does have this authority. However, the JCPOA was entered into as neither a treaty nor an executive agreement. Congress would have had no say whatsoever in that agreement had then-President Obama not signed off on the Iran Nuclear Agreement Review Act of 2015. Therefore, that did not constitute the unilateral scrappage of a constitutionally binding treaty or agreement that required legislative action to overturn.

Unfortunately, there have been two examples of such unconstitutional action. In 1978, Jimmy Carter withdrew from a 1954 treaty with Taiwan, so that his administration could establish diplomatic ties with the People’s Republic of China. The chief opponent of this move was then-Senator Barry Goldwater (R-Ariz.), who said Carter’s actions set “a dangerous precedent for executive usurpation of Congress’s historically and constitutionally based powers.” Just because it was carried out did not make it legal or constitutional.

The same applies to the 2002 case of George W. Bush abrogating the term of an anti-ballistic missile (ABM) treaty so that his administration could build a missile defense system the agreement prohibited. Former Senator Russ Feingold (D-Wis.) spoke out against it, and 30 members of the House of Representatives sued the administration for usurping the legislative branch’s proper authority.

Donald Trump, like all other U.S. Presidents, took an oath to “preserve, protect, and defend the Constitution of the United States.” Unilaterally withdrawing from NAFTA, without getting approval from Congress, would be a clear violation of that oath. As a President who professes to be a proponent of small government, he cannot participate in what would be an erosion of limits on executive power and an affront to our clear separation of powers. The legislative branch must have a say in whatever NAFTA’s fate may be.