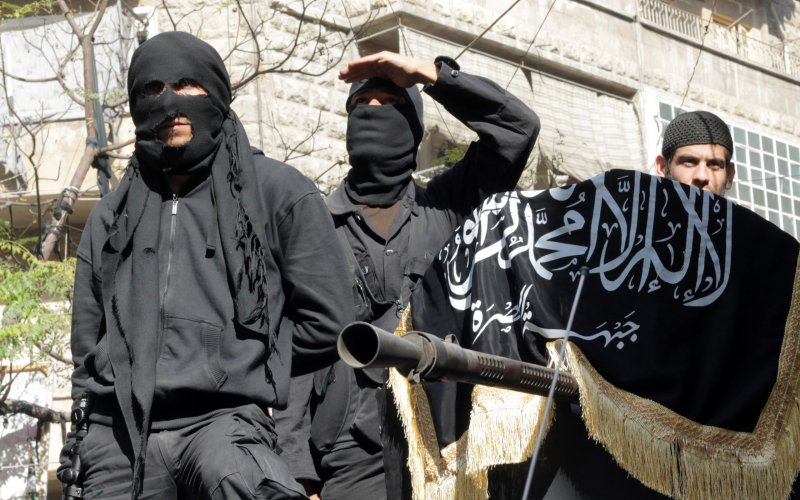 In drawing up the Massachusetts Constitution, John Adams described the Rule of Law as “to the end it may be a government of laws, not of men.”

Al Qaeda Takes Secret US Built Base in Libya

Three years after President Obama unilaterally declared the war on Libya in order to prevent a “potential humanitarian crisis,” al Qaeda controls most of Libya. Worse, Eli Lake, of Newsweek and The Daily Beast, reports that a secret base just 27 kilometers from Tripoli, refurbished by American Green Berets in 2012 for the new Libyan government, is now controlled by one of the most evil of al Qaeda's commanders – Ibrahim Ali Abu Bakr Tantoush.

As a direct result of President Obama’s directive to bomb Libya, a human and political catastrophe continues to unfold. Would this disaster been avoided if the President and Congress abided by the Constitution? We can only speculate. However, we do know what our Founders debated, codified, and strongly agreed that a President is not entrusted to start a war. As Doug Bandow, of the CATO Institute, wrote in a paper published at The Future of Freedom Foundation:

… Virginia's George Mason, the president "is not safely to be entrusted with" the power to decide on war. Mason therefore favored "clogging rather than facilitating war." James Wilson, though an advocate of a strong presidency, approvingly observed that the new constitutional system "will not hurry us into war." Instead, "it is calculated to guard against it. It will not be in the power of a single man, or a single body of men, to involve us in such distress.”

The Congress shall have Power … to declare war.

Harmfully and probably cowardly, Congress has not declared war since World War II. Again, it is most reasonable to assume that America and many people of the world would have greatly benefitted from having a serious Congressional and National debate before war was declared. A Congressional and National debate would have questioned the facts, purposes, potential consequences as well as the human and financial costs of engaging in Vietnam, Iraq, Afghanistan, Libya and other military actions.

Tragically, Libya is the latest tragic example of why the President "is not safely to be entrusted with "the power to decide on war." Libya is so dysfunctional and riddled with jihadists, that Tantoush, who was indicted for the two US Embassy bombings in Africa, is openly giving interviews on Libyan television.

Lake, in The Daily Beast, writes:

The fact that the one-time training base for Libyan counter-terrorism teams is now the domain of terrorists is a poignant reminder the United States has yet to win its war with al Qaeda, despite the successful 2011 raid that killed its founder and leader.

Particularly true for Libya, since the 9/11 anniversary attack on the U.S. diplomatic mission in Benghazi, jihadist groups and al Qaeda’s regional affiliates have been gaining territory throughout Libya. News that a veteran, like Tantoush, is in charge of a military base only 27 kilometers from Libya’s capital shows just how much the security in Libya has deteriorated.

President Obama disregarded our Constitution by declaring war in Libya and the consequences have been terrible in Libya. There have been horribly negative repercussions throughout North Africa as well as the Middle East. However, Congress is also complicit and failed in their constitutional duty, too. In truth, Congress has avoided the tough decisions of declaring war since World War II and allowed our Presidents to move forward without bringing war to a vote.

George Mason, James Wilson, Benjamin Franklin, Alexander Hamilton, George Washington, John Jay, James Madison were some of our greatest thinkers on government and actually created a rational structure of government - which is called our Constitution. Their greatest fear was the massive power of government and the abuse of that power. As to declaring war, they deemed that Congress should have the power - not the President.

America has suffered greatly, as have many cultures throughout the world, because our Presidents and Congresses did not abide by our Constitution. Desperately, we need a President and a Congress who will embrace and honor our Constitution - our Rule of Law.

As John Adams wrote, “to the end it may be a government of laws, not of men.”