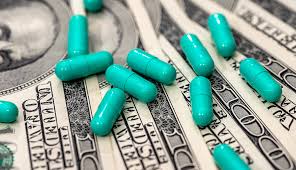 However, it wouldn’t truly be a day that ends in ‘y’ in Washington if the proposed answer from lawmakers didn’t threaten to make the problem worse. Lawmakers of all stripes - from Sen. Bernie Sanders (I-Vt.) to Sen. Josh Hawley (R-Mo.) to even President Donald Trump himself - are proposing to implement price controls in hopes of assuaging the problem.

These lawmakers, especially the self-proclaimed “conservatives” who should know better, ought to heed the sage wisdom from President Reagan’s inaugural address: “Government is not the solution to our problem, government is the problem.” Sadly, the proposal on the table would introduce more government to the equation, not less.

Currently, various lawmakers have proposed some form of an international pricing index (IPI). This concept would tie drug prices in the U.S. to drug prices overseas. The Department of Health and Human Services (HHS) rolled out a proposal in late 2018 that would have capped drug prices in Medicare Part B to no more than 50 percent above the aggregated prices in 14 comparator nations. This is similar to a proposal introduced in the Senate by the aforementioned Sanders.

Fortunately, that proposal seemed to go the way that most socialistic schemes do: to the dustbin of history. Unfortunately, there are credible rumors that the White House is attempting to revive it with the added twist of the knife in the form of a “most favored nation” provision (MFN). Said provision would ensure that, amongst developed nations, the U.S. would have to have the lowest prescription drug prices. In other words, the U.S. will have the most stringent price controls in the world. This is a problem.

While the U.S. does have unacceptably high drug prices, there are a number of reasons why we are still higher than the rest of the world. Most of the other nations in the developed world have price controls of their own. This does ensure that they have lower prices. However, it also ensures that they have access to fewer cures, are subject to longer wait times, and often suffer from drug shortages. These are consequences that the U.S. will surely inherit if we choose to model the rest of the world.

There are plenty of solutions to help bring U.S. prices down in a market friendly way that would not upset the superior quality of care Americans receive. One would be to appoint a special trade negotiator who will convince other nations to relax their price controls so the U.S. does not have to shoulder the disproportionate burden of pharmaceutical research and development. Another would be to relax the massive burden the Food and Drug Administration (FDA) places on drug makers, making it exorbitantly expensive to do so. We could also reform the patent system that incentivizes minimal innovation and cyclical price hiking.

If we decide to go the route of the rest of the world, we will succumb to the socialist vision of European healthcare and will inherit their deficiencies. There is a definite problem in the U.S. However, despite being rebranded as a “most favored nation” proposal, is still a price control, and thus the introduction of a new problem. We need actual solutions.