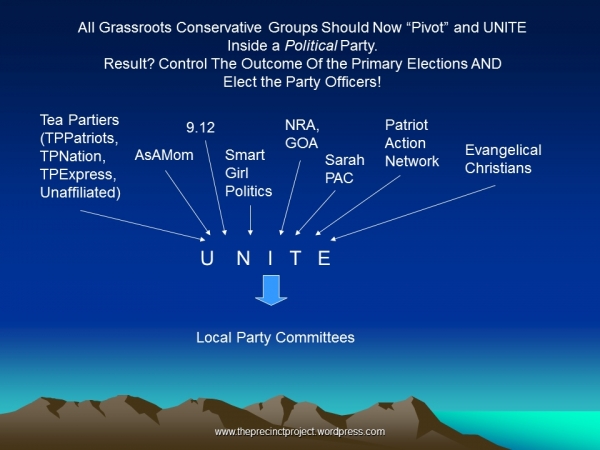 Over the past four years, FreedomWorks has helped the conservative and libertarian movements grow and thrive. A million people marched on Capitol Hill in 2009. The GOP won a 60+ seat majority in the House in 2010.

5
11/13/2012
How To Perform a Hostile Takeover
"https:\/\/www.freedomworks.org\/content\/how-perform-hostile-takeover?social=facebook_share"
null
https://fw-d7-freedomworks-org.s3.amazonaws.com/styles/thumbnail/s3/te_social_media_share/fw_default_0.jpg?itok=35IWEBMb
Blog

How To Perform a Hostile Takeover

Over the last several years, some friends introduced me to a strategy for renewing the American nation. Many freedom-loving activists have already begun following The Strategy, and the results are beginning to show. It's a strategy for remaking the way elections are won -- using all the same tactics you can learn at FreePAC, plus one small addition.

FreedomWorks For America had the grand-opening of its Get Out The Vote "FreedomWork Shop" in Bucks County, Pennsylvania, last night with over 100 energized grassroots activists in attendance.

I've been to a lot of conferences, rallies, speeches, campaign events, seminars and conventions since I became active in politics in 2009. Prior to the rise of the Tea Party Movement, I was merely an observer of politics. Frankly, I hated politics, and in many ways I still do. In fact, being more deeply involved now, I've found many new and wondrous ways to hate the process that aren't immediately apparent to the general public.Did I mention that I hate politics?

It is axiomatic that there are as many visions of the current state and future prospects of the tea party movement as there are individuals who identify with its principles. But one thing is certain: the tea party is changing.

Not sure how to spend your rainy fall weekend coming up?  FreedomWorks has your fun right here.  We recommend a vigorous constitutional with some voter education on the side.  To that end, we've prepared this nifty, half-sheet candidate side-by-side on the Governor's race - suitable for printing out, cutting in half, and distributing to your friends, neighbors, and random passersby. Knock yourselves out.